Army Sergeant Jonathan Pentland CHARGED With Assault After Shoving Black Man In Viral Video, Protesters Turned Up Outside His Home

Jonathan Pentland – a U.S. Army Sergeant seen physically assaulting a Black man in a viral video – has been charged with third-degree assault thanks to the Internet. More inside…

Audacity is still seemingly on sale for FREE these days because these racist folks are still out here doing the absolute most. Thankfully, technology is getting them hemmed up.

A white Army sergeant was captured in a viral video physically assaulting and berating a Black man who was simply walking while black.

42-year-old Jonathan Pentland – a U.S. Army sergeant – was seen pushing and berating a Black man – named Deandre – in a South Carolina neighborhood in a video that spread like wildfire. Social media users quickly shared the video on their accounts, asking people to identify the aggressor in the video, and it worked.

In the clip, Jonathan – an Army solider based at Fort Jackson – asks the Black man what he’s doing in “his” neighborhood, to which the young man responds he’s taking a walk. Jonathan quickly let him know he was in the “wrong neighborhood” and if he didn’t leave, he would personally put him out. Throughout the video, Jonathan is seen getting in Deandre’s face yelling, and at one point, pushing him where he almost fell to the ground. Deandre remained cool the ENTIRE time.

There are some reports this is Deandre’s neighborhood as well, but those are unconfirmed for now.  Either way, the sidewalk is public and anyone is allowed to walk on streets and sidewalks.

The altercation was recorded and then shared by a neighbor – Shirell Johnson – on Facebook. According to her, the incident happened in a subdivision of The Summit, which has a Columbia address but is technically outside the city’s limits.

Thankfully, some black people saw what was going down and got him out of the situation before it escalated further.

Neighbor Shirell Johnson shared more details about the incident after the police came and took a police report:

”Thank you all for reaching out and helping to support Deandre! The young black male’s name is Deandre. We did not know him nor had ever met him until last night. The young lady recording the video we also did not know until last night. She saw the young man in distress and knew he didn’t do anything wrong so she started videoing for his safety! (Smart girl). She sent me the video last night and I got the ok to post it. I have been in contact with both D (as I call him now) to check on him and the young lady Shadae who did the video. Both are doing ok but still processing. Last night we all bonded bc we noticed a young man in distress and he happened to be black! We waited with him until the officer arrived and we repeatedly informed the officer that D was assaulted (you all didn’t see the second instance) when he slapped his hand and his phone fell and cracked. The officer told us that his supervisor told him that he could only charge the white guy with malicious injury to property and not assault! Deandre was calm throughout and he had been in that neighborhood-The Lakes @Barony Place walking plenty of times and he lives in the summit! Lots of people walk out there and never any trouble. Vinnetta and I only wanted to get D to safety bc the situation was getting out of control and that white guy was very angry and yelling at him overpowering him. We circled back to get him out of that situation bc we refused to see D go to jail or lying there dead simply bc he was black. The only thing he did was be black while walking!!!

Yesterday, Jonathan was reportedly arrested, taken to Richland County Jail, and was charged with third-degree assault and battery, which carries a maximum penalty of a $500 fine or 30 days in jail. He should have been charged with a HATE CRIME.

Before the arrest was made, Fort Jackson Commanding Brig. Gen. Milford H. Beagle Jr. said Jonathan’s behavior in the video “is by no means condoned by any service member” and he said they were going “to the bottom of this ASAP.”

“The leaders at Fort Jackson in no way condone the behavior depicted in the video posted recently,” said Fort Jackson…

Fort Jackson confirmed an investigation into Jonathan Pentland has been launched at the federal level…as it should.

The leaders at Fort Jackson in no way condone the behavior depicted in the video and will work closely with each law enforcement agency as investigations move forward.

The command team, our Criminal Investigation Division (Army CID) agents, and our Staff Judge Advocate teams are all engaged with their professional counterparts and civil authorities to seek the facts which will determine how the investigations progress.

Before Jonathan was charged, protesters showed up outside of his home and chanted “No Justice! No Peace!”

Black Activists pulled up to the home of racist Army sergeant Jonathan Pentland who assaulted and tried to oust a young Black man walking in the neighborhood pic.twitter.com/DMi5GGdd1v

This is right now at the sidewalk outside #JonathanPentland‘s house where he assaulted a young Black man pic.twitter.com/Z1jeNhfguE

Too close to my house for me not to pull up (not even a 5 min drive). Jonathan Pentland was right…. We are a “tight knit community” and that’s exactly was we showed him. pic.twitter.com/YSvZmCXEtu

It started with video of a racist encounter with Army Drill Sergeant SSG Jonathan Pentland assaulting one Black youth for walking through his neighborhood.

Now The People of Columbia, SC are on his lawn. https://t.co/FmCC0mnO3J pic.twitter.com/BD1XPauOWY

One protester explained how the neighbors tired to LIE on Deandre, claiming he tried to sexually assault her daughter:

It’s reported he and his family have moved from their home to an undisclosed location.

Don’t run now! Jonathan Pentland and family leaving their home for an undisclosed location. My guess is they’re moving his ass to Ft Jackson to keep people away from the smoke he’s catching!#JohnathanPentland pic.twitter.com/yZib8CYSiE

The protesters also hosted a press conference outside of Jonathan’s home:

And we’ll just sit this here:

While we’re dragging racist Army sergeant Jonathan Petland, let’s not forget his she devil wife Cassie Dalrymple Pentland, who cheered her husband and antagonized the young Black man he assaulted.

Karen’s like her are partners with white man in maintaining white supremacy. pic.twitter.com/JbZnWWNRhd

It’s supposedly Jonathan’s wife’s birthday today. Happy Birthday, KAREN.  We hope your husband’s charges and you getting dragged are the ultimate gift.

As if we needed another example, but this is EXACTLY why former NFL QB Colin Kaepernick took a knee! 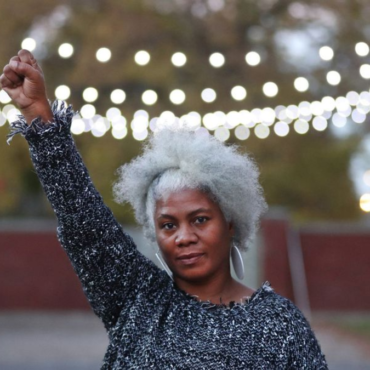 Officer Cariol Horne stopped coworker Greg Kwiatkowski from applying excessive force on suspect Neal Mack during a chokehold in 2006. The Buffalo Police Department (BPD) proceeded to fire Horne after a hearing before an arbitrator in 2008. Horne received justice on Tuesday; State Supreme Court Judge Dennis Ward annulled her removal and confirmed entitlement to her pension. She will receive benefits and backpay through August 4, 2010. What We Know: […]