Ariana Grande is sharing her love for fiancé Dalton Gomez with the world.

On Saturday, the “Positions” singer, 27, shared a trio of cuddly photos with the real estate agent, 25. In one image, Gomez smiles while Grande wraps her arms around him, while in another the engaged pair share a moonlit embrace.

“!!! my heart my person !!! thank u so much for being u,” she captioned the romantic snaps.

The sweet tribute came about a month after the couple was spotted on a rare date night in Los Angeles. The pop star and Gomez, who got engaged in December, often keep their relationship out of the spotlight.

“He likes keeping his relationship with Ari private,” a source previously told PEOPLE.

The Voice coach and her now-fiancé began dating last January, and their relationship got serious while quarantining in New York City amid the ongoing COVID-19 pandemic.

Gomez eventually headed back to Los Angeles for his job and Grande took a big leap by joining him on the West Coast.

“It was getting tricky for them to see each other, so she decided to take her chance,” a source previously told PEOPLE. “She purchased a house in the Hollywood Hills in June and never looked back. They are incredibly happy.”

“Forever n then some,” Grande captioned the big reveal.

Her family is also “very happy” about their engagement, an insider previously told PEOPLE.

“Ari’s family is very happy. Everyone loves Dalton. He is great for Ari,” the insider said at the time. “This phase of her life has been very quiet and uneventful in a good way. They are very happy that she is marrying Dalton.”

Two things you can always count on Ariana Grande to have — a ponytail and a man. 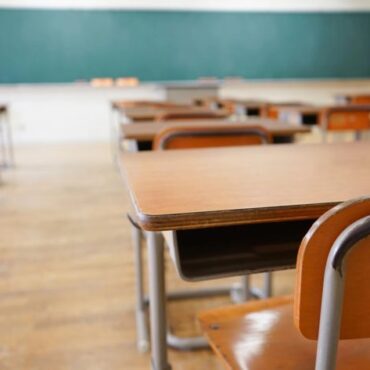 Say What Now? Teacher on Leave After Allegedly Posting a Clip of Her Having Sex to Snapchat, No Charges Filed

A teacher at Moline High School in Illinois is on leave after allegedly sharing a sex clip on Snapchat that was eventually seen and circulated by students. via QC Times: The Moline Dispatch-Argus and Quad-City Times on Monday obtained a copy of a heavily redacted Moline Police Department investigation report. It does not identify the teacher or students involved. School district officials offered few details. The State’s Attorney’s office has closed […]