ARE WE SURPRISED? Pregnant Erica Mena Files For Divorce From Safaree

Welp. Erica Mena – who is currently pregnant with her 3rd child and the couple’s second – has pulled the trigger on a divorce from her husband of less than two years, Safaree Samuels. Details inside…

Well, we can’t say we didn’t see this coming.

”Love & Hip Hop” stars Erica Mena and Safaree Samuels are seemingly done (again). Except this time, Erica hobbled down to the courthouse to file paperwork to end her marriage to Safaree – less than two years after their huge made-for-tv wedding. The reality couple tied the knot in October 2019.

It’s crazy because earlier this month, Erica and Safaree put on a united front to announce baby #2 is on the way. This came after a very public spat between the two where Safaree criticized her for gaining weight during her pregnancy and she called him out for running to social media with their issues.

The couple is currently awaiting the arrival of their second child together. It’ll be Erica’s third as she has a son, King, from a previous relationship.

After announcing to the world that they are expecting, Erica spent a lot of time reacting to negative comments about her baby announcement. She popped off of the “haters” who are “mad” that they are expanding their family after they both were at each other’s throats seemingly 5 minutes prior. You can check out HERE.

Here it is three weeks later, and they’re calling it quits.

The soon-to-be mom-of-three is willing to share custody with Safaree, but she wants child support for their 1-year-daughter, Safire. She also wants exclusive use of the home they currently share in Georgia.

The “Love & Hip Hop” star just filed for divorce last Friday in Fayette County Superior Court in Georgia — where they appear to have formally tied the knot in late 2019, and where they currently reside.

According to the docs, obtained by TMZ, Erica is asking for primary physical custody of their 1-year-old daughter, Safire, but she’s willing to share joint legal custody with Safaree. She’s also indicated she wants child support, plus … exclusive use of the home they currently share.

Safaree and Erica have a rich history, much of which has been depicted on their reality show … and it hasn’t always been pretty. They’ve aired out A LOT of their personal business on camera, so we’re guessing their split will eventually play out on camera too.

No surprise here, though, based on the tweets she has been posting on Twitter this week: 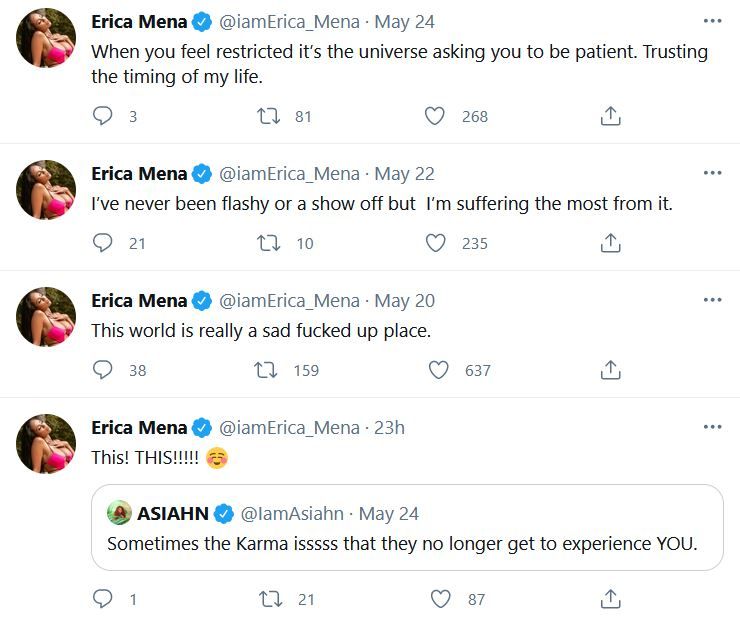 Yes, we’re exhausted with them just like everyone else with all of the public back and forth.

With everything going on with the couple, many fans speculate they are stirring up drama for a new season of “Love & Hip Hop.”

Last week, Safaree & Erica hopped on social media to share pictures and videos of alleged burglars rummaging through their things in their home. They posted the evidence in an effort to find information on the robbers who invaded their home. They also offered up a $20,000 cash reward to anyone who could provide details about the culprits.

She tweeted about not feeling safe in her own home after the robbery: 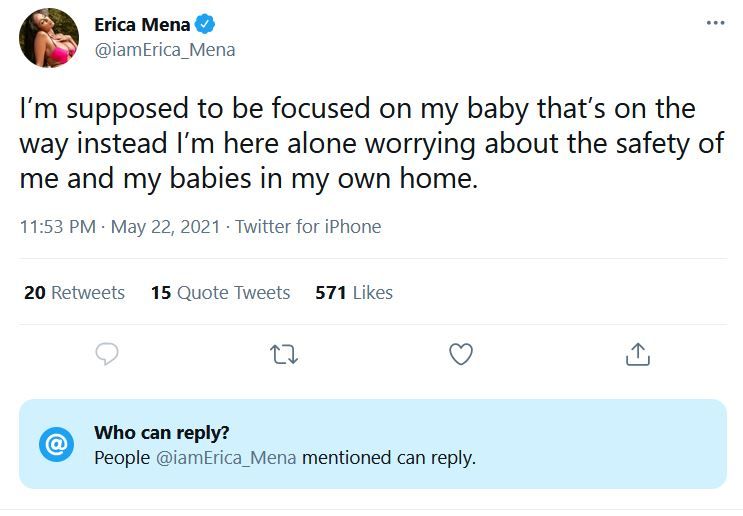 A few days ago, Erica shared a video of her and Safaree’s daughter Safire with the caption, “My best friend already at 16 months. We’ve been enjoying all the moments that matter together. God knows exactly what he is going. I’m SO grateful all my kids chose me. I will be beyond resilient once I hold my third heart beat. God continue to protect my three on this new journey.”

In response to a fan, Erica confirmed she’s done having children because it’s not easy doing it “alone.”

“Absolutely never getting pregnant again,” Erica wrote with a hint of humor. “It’s not easy doing it alone, girl,” she wrote.

Hmph.  That’s a far cry from the love bombing and incessant praise about how amazing of a person and parent each other is during the first pregnancy.

The reality star is treating herself to a babymoon and said she’s “going all out for baby #3.”

Do you think Erica is REALLY done with Safaree or do you think this is just another storyline to secure their spot on “Love & Hip Hop?!” 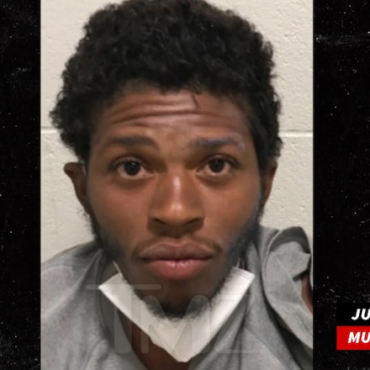 A judge sentenced “Empire” star Bryshere "Yazz" Gray to ten days in jail after he pleaded guilty in his domestic violence case. Details inside… Life after “Empire” has been hectic for star Bryshere “Yazz” Gray. Last July, Bryshere – who is best known for his role as Hakeem Lyon on the hit FOX series – was arrested on several charges, including aggravated assault, and kidnapping for allegedly beating his wife, […]