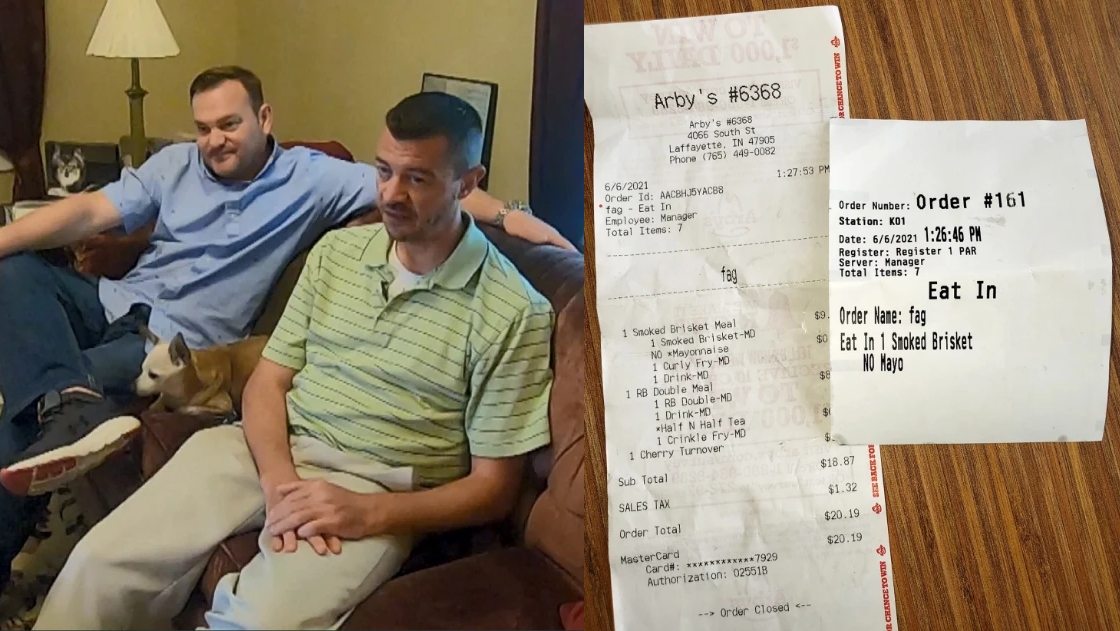 An employee at an Indiana Arby’s was fired after writing a homophobic slur on a gay couple’s receipt, the company has confirmed.

Craig Gray and John Burns said they went to the counter to order at the Lafayette, Indiana eatery when they got their receipt back with a typed slur, which they told NBC News was a “shock.”

“This has never happened to me in all my years,” Burns said. “I’m from this area, and I’ve lived here my whole life.”

They described the cashier as a “young man” who “seemed really new and a little awkward, but very nice.” But typed next to the “order name” section of the paper was the slur “f-g.”

“I showed him the receipt,” Burns said. “I said, ‘Look at this. What is this? Why would you do this?’ And that’s when he tried to give me some lame excuse about a computer glitch, where he said ‘Sometimes I’ll put in a name and it will come out different on the receipt.’”

Burns ended up sharing his experience on Facebook, adding that the manager gave the pair a refund and fired the man immediately. While a spokesperson said “the franchised employee was terminated within minutes of management becoming aware of the incident,” and reiterated that Arby’s “has zero tolerance for discriminatory speech of any kind,” Burns said he’d rather have a phone call from someone at the company.

“It would be nice to hear something from the franchise owner about maybe what they would like to do to try to combat this issue from happening again,” he said. 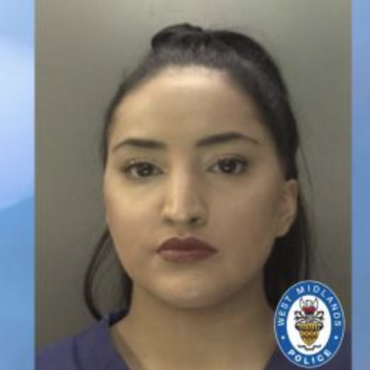 A nurse in the COVID ward of a UK hospital was arrested after she stole a dead patient’s bank card to buy snacks and sweets just minutes after she passed away. via BBC: Ayesha Basharat took the 83-year-old woman’s card after she died on 24 January at Heartlands Hospital, Birmingham, West Midlands Police said. She used the card 17 minutes after the time of death had been recorded, Birmingham Crown […]