Apparently, Safaree Told Wife Erica Mena He Doesn’t Want Anymore Kids Because She Got ‘Too Big’ While Carrying Their Daughter 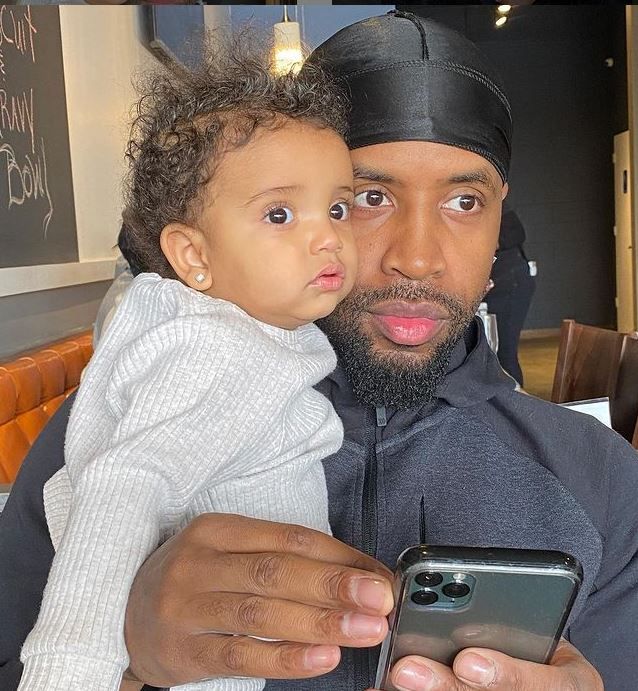 Safaree Samuels and his wife Erica Mena have baby drama! The reality star said her husband told her he didn’t want anymore kids because she got “too big” while carrying their daughter. He denies it. Then, Erica drops a bomb about what Safaree told her AFTER they tied the knot. Get it all inside…

In short, she wants more kids and he doesn’t. The reason? It supposedly has something to do with the amount of weight Erica gained while carrying their almost one-year-old daughter, Safire Majesty.

During a conversation on “Love & Hip Hop Unlocked,” Safaree and Erica – who tied the knot in 2019 – joined a conversation with their coupled up castmates and the topic of having more children together came up. That’s when ish went left.

“But tell them why you don’t want another one,” Erica said to Safaree. “Cause I got too big too my pregnancy. Tell them!,” Erica said.

”I did not say that. Yo! She’s making this up,” Safaree responded.

“You mentioned my stomach afterward. You said ‘You got too big. I got too big. I don’t want to be fat again.’ That’s what you said.,” Erica continued.

The audacity! That woman baked a whole human in her body and he fat shames her after?

Then, Erica dropped a bombshell. She said Safaree waited until AFTER they got married to tell her he didn’t want anymore children despite the fact she told him BEFORE they got married she wanted more than one.

”All you need is sperm to get pregnant,” Princess Love said, giving advice on how to get another baby.

If another baby was in the works, Safaree said he’d only be interested if they considered delivering the baby via surrogacy. Hmph. That statement seemingly confirmed what Erica said about him fat shaming her.

”I’m so perfect, but you don’t want to have kids with me,” Erica said.

”I would love to just let someone else carry it,” Safaree explained.

Peep their cringey interview below:

Oop! Sounds like Safaree & Erica have some issues to work out in their marriage. And we’ll likely see it all play out whenever filming starts back. As you know, production of the reality series was put on hold due to the Coronavirus pandemic.

We’re hoping he’s only saying this B.S. for a storyline.

Luckily for “LAHH” fans, new seasons will premiere this year along with new specials.

Seattle Seahawks player Chad Wheeler was arrested for domestic violence. He allegedly beat his girlfriend to a pulp and when she regained consciousness he allegedly said, “Wow, you’re alive?” More inside… UPDATE: pic.twitter.com/OENtekFyX8 — Seahawks PR (@seahawksPR) January 27, 2021 Chad Wheeler is no longer on the Seattle Seahawks' roster. In part, the organization said: "The Seahawks are saddened by the details emerging against Chad Wheeler and strongly condemn this act of domestic violence. Our thoughts and support are with […]