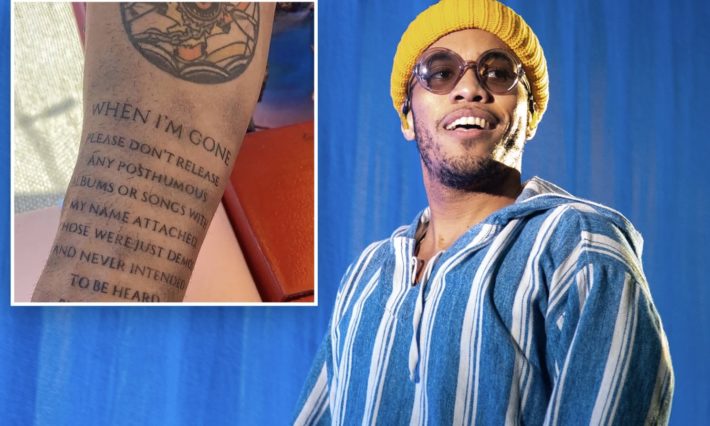 Anderson .Paak may croon to “leave the door open” on the No. 1 pop hit but the Grammy-winning artist is shutting the door on the possibility of any posthumous music releases.

The 35-year-old took to his Instagram Stories on Monday to share a photo of his new tattoo, which warns against people dropping his unreleased music after he’s dead.

“When I’m gone please don’t release any posthumous albums or songs with my name attached,” reads the tattoo on his forearm, which amounts to nine lines of text. “Those were just demos and never intended to be heard by the public.”

The California native’s new ink arrives amid a recent increase in posthumous releases, most notably from Pop Smoke, DMX, and Juice WRLD. Of course, there’s no reason to believe Anderson .Paak’s career will come to a close anytime soon, as his and Bruno Mars’ Silk Sonic act recently scored another top 10 hit on the Billboard Hot R&B/Hip-Hop Songs with “Skate,” which debuted at No. 4 on the chart last week.

The song follows the duo’s debut single “Leave the Door Open,” which climbed to No. 1 on the Billboard Hot 100 in April to give Anderson .Paak his first chart-topping hit. The track has amassed more than 500 million streams, which was more than enough to give .Paak the most-stremed song of his career.

Both tracks are expected to appear on Silk Sonic’s highly-anticipated debut album An Evening With Silk Sonic, due out later this year.

He said what he said. 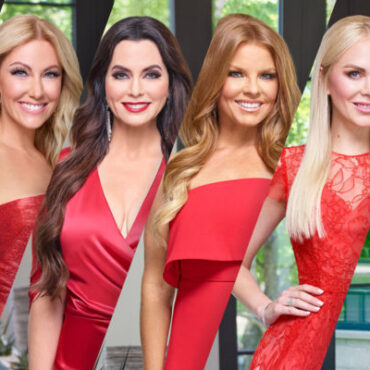 The Real Housewives of Dallas Not Returning Next Year

There are no plans for The Real Housewives of Dallas to return to Bravo in 2022, leaving the futures of Season 5 stars Dr. Tiffany Moon, Kary Brittingham, Stephanie Hollman, Brandi Redmond, D’Andra Simmons and Kameron Westcott hanging in the balance. via: People The Bravo series, which most recently aired its fifth season, will not be returning for a sixth next year, Bravo confirmed on Tuesday. “There are currently no […]