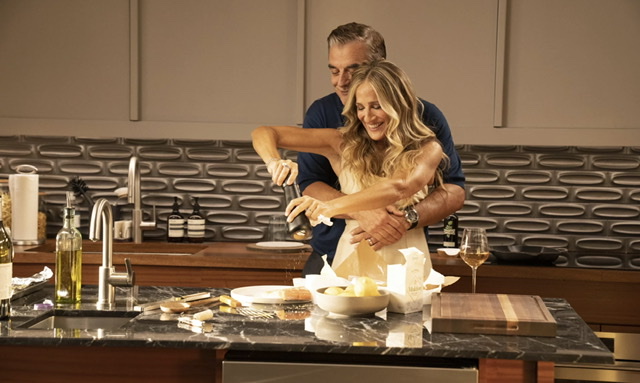 Did the first episode of ‘And Just Like That…’ wear you out? According to showrunner Michael Patrick King — what happened is just the beginning of Carrie Bradshaw’s problems.

Following the shocking death of John James Preston a.k.a. Big (Chris Noth) in the HBO Max premiere, King explained the reasoning behind the “daring” decision and what the loss will mean for Carrie Bradshaw (Sarah Jessica Parker) going forward in the season.

King told the Extra the character’s death had nothing to do with Noth’s schedule, but rather, “It was a story decision. It was really about creating something that was bold that would shift the landscape for Carrie Bradshaw, and also I wanted to explore the idea: is it better to have loved and lost than never to have loved at all?”

He added, “In theory, this character that people have grown to relate to and love, suffering a loss … as sad and upsetting as that is, as a viewer, it’s not real. So, you get to sort of experience that in a fiction way and not a reality way.”

“I don’t want the audience to think I want them to feel bad … I’m not leading them into a dark forest and leaving them there — Carrie has a lamp, she’s gonna get us all out,” he added.

As for how this will affect Carrie’s love life moving forward, King hinted that, “There will be many obstacles along the way for Carrie to find love again.”

He also teased the possibility of future seasons, adding, “These characters live on … We’re just beginning something new.”

King previously told reporters on Friday that Big’s death would have a ripple effectthroughout the series.

“That storyline affects the entire series,” King said, according to Deadline, also explaining that “it creates a giant hole” for the characters going forward.

For the remainder of the 10-episode revival, Carrie will be a widow who is rediscovering herself in the city, with the help of her friends Miranda (Cynthia Nixon) and Charlotte (Kristin Davis).

Never miss a story — sign up for PEOPLE’s free daily newsletter to stay up-to-date on the best of what PEOPLE has to offer, from juicy celebrity news to compelling human interest stories.

King also referenced Carrie’s storyline in the original HBO series and how the “lack of Big” was what had propelled her to grow as a person and focus on her own life.

“So here we are again and now it’s the same thing, she can’t have what she thinks she should have, which is Mr. Big,” King explained of And Just Like That…

Going forward, the new revival “will be about this significant, challenging emotional relationship that Carrie has with herself, and also the evolution of somebody who’s had love and what it does to you,” according to King.

New episodes of ‘And Just Like That…’ stream weekly on HBO Max.

The post ‘And Just Like That…’ Showrunner Teases ‘Many Obstacles’ Ahead for Carrie Bradshaw After Shocking Death appeared first on LOVEBSCOTT. 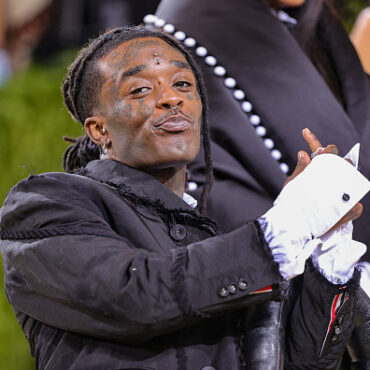 Lil Uzi Vert has been having a lot of fun on livestreams lately. As he continues to frequently have exciting conversations with his online friends, he continues to reveal things about his life. via: Hot97 Back in 2016, Uzi explained that somebody told him his fast rapping reminded them of a gun like a Uzi, so he decided on Lil Uzi Vert being his rap name. During an interview with […]