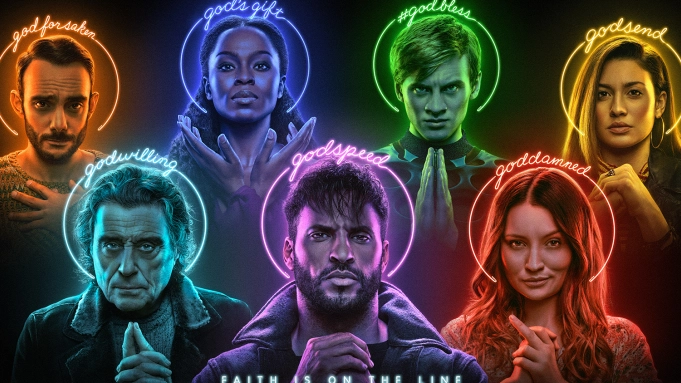 American Gods is finished at Starz.

The Lionsgate-backed premium cable network has canceled the troubled Neil Gaiman drama after three seasons. Sources say Starz is in talks with producers Fremantle for a potential event series or movie that would wrap up the story based on Gaiman’s novel of the same name.

“American Gods will not return for a fourth season. Everyone at Starz is grateful to the dedicated cast and crew, and our partners at Fremantle who brought author and executive producer Neil Gaiman’s ever-relevant story to life that speaks to the cultural climate of our country,” Starz said in a statement to The Hollywood Reporter late Monday.

The decision, per sources, was based on the drama’s lackluster ratings and comes a week after the show’s season three finale. Season three — which returned in January after being off the air for more than a year and a half amid pandemic and creative delays — saw ratings slide 65 percent across multiple platforms when compared with season one.

American Gods earned an early season three renewal — a week after its sophomore debut — as Starz’s new exec regime, led by CEO Jeffrey Hirsch, hoped the show might find an audience despite a 45 percent ratings decline between the first and second seasons.

While Hirsch is promoting Starz as a home for premium content that appeals to diverse women, American Gods skewed male and white and had the lowest composition of women of any Starz series in the past two years. The show also skewed 13 percentage points lower than Starz’s 2020 original series average among Black viewers.

During its three seasons, American Gods has been a magnet for trouble at Starz. The show has had four showrunners over three seasons. Original showrunners Bryan Fuller and Michael Green were pushed out after creative clashes with producers Fremantle that included disputes over the show’s rapidly escalating budget. (Co-stars Kristin Chenoweth and Gillian Anderson followed the showrunners out the door.) At the time, most of the scripts for season two had been completed. Jesse Alexander (Hannibal) was tapped to run season two and was effectively pushed to the sidelines amid friction between Starz and Fremantle and as Gaiman attempted to assert greater control over the genre drama. (The behind the scenes disaster also meant that season two didn’t premiere until nearly two years after the end of season one.) Alexander ultimately was let go and Charles “Chic” Eglee (Dexter) helmed the third season. (It’s also worth noting that Gaiman moved his overall deal from Fremantle to Amazon during production.)

On screen, co-star Orlando Jones — who contributed writing amid the troubled second season — said he was fired from the series after Eglee decided his character, Mr. Nancy, was sending the “wrong message for Black America.” “[T]he new season three showrunner is Connecticut born and Yale-educated, so he’s very smart and he thinks that Mr. Nancy’s angry, get shit done is the wrong message for black America,” Jones said in late 2019. Reps for the show said in a statement at the time that the character simply wasn’t in that portion of the book and Jones’ option was not picked up. More recently, the show dropped recurring star Marilyn Manson following abuse allegations.

American Gods had a long and challenging road to TV. The adaptation was originally set up at HBO in 2011 with Tom Hanks’ Playtone banner attached. HBO ultimately passed on the drama before Starz and Fuller came on board in 2014. The project received a series order the following year. Originally ordered for 10 episodes, the show underwent multiple rewrites with Fuller scrapping multiple episodes and reworking others in season one.

American Gods was one of only a few scripted originals that were produced from outside studios as Starz, like other networks and streamers, wants to have a greater ownership stake of its content. The cabler’s roster of originals includes the Power franchise (with five shows, and counting); P-Valley, Hightown, Run the World, Blindspotting, Step Up and Black Mafia Family, among others.

Are you sad to see ‘American Gods’ go?

The post ‘American Gods’ Canceled At Starz After Season Three, Possible TV movie in the Works appeared first on LOVEBSCOTT. 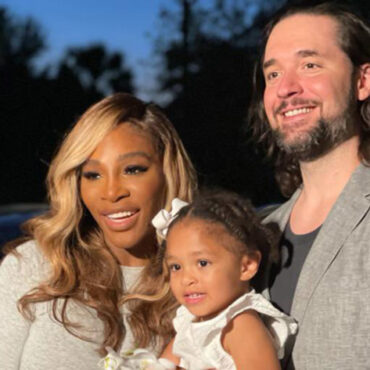 Serena Williams recently shared that marriage “is not bliss” without work, as she opened up about life with husband Alexis Ohanian and motherhood for Bumble’s The Question Game. via People: “Marriage is not bliss,” she admitted with a laugh when asked what was the most surprising thing she learned about marriage. “But it can be if you work at it.” She also added during the video that “a dealbreaker for […]