Amazon Reportedly in Talks to Acquire MGM for Around $9 Billion

Amazon is preparing to drop a multi-billion dollar bag on MGM.

The content giant is prepared acquire MGM for about $9 billion.

Chatter that Amazon (and other tech giants) have been sniffing around MGM has circulated for some time. But sources indicated that Amazon’s interest in acquiring the studio has taken on a new tenor beyond the usual rumor mill. The deal is said to be being orchestrated by Mike Hopkins, senior VP of Amazon Studios and Prime Video, directly with MGM board chairman Kevin Ulrich, whose Anchorage Capital is a major MGM shareholder.

MGM had already effectively nailed up a “for sale” sign: Variety confirmed in December that the company was looking for a buyer.

News of Amazon’s talks with MGM began to swirl this weekend. The Information reported Monday that Amazon was in talks about a potential deal for MGM, which could run between $7 billion and $10 billion. Industry sources said MGM reps have been whispering to prospective buyers for month about a price tag of $9 billion while others see it as worth about $5 billion.

In a sign Amazon has upped its focus on entertainment, last week the company announced that it had tapped Jeff Blackburn, a former high-ranking executive who recently exited the ecommerce giant, to return to Amazon in a new role overseeing a consolidated global media and entertainment group.

Amazon currently has more than 200 million Prime members worldwide, and Jeff Bezos recently told investors that 175 million of those streamed Prime Video content in the past year. The company clearly wants to turn Prime Video into an even bigger habit for its customers worldwide — and a quick way to do that would be to stir MGM’s extensive library of titles into the mix.

MGM claims to own one of the world’s “deepest libraries” of premium film and TV content.

Its 4,000 film titles include the James Bond, Hobbit, Rocky/Creed, RoboCop and Pink Panther franchises, as well as movies like “The Silence of the Lambs,” “The Magnificent Seven” and “Four Weddings and a Funeral.” The MGM TV library includes approximately 17,000 episodes of programming, including “Stargate SG-1,” “Stargate Atlantis,” “Stargate Universe,” “Vikings,” “Fargo,” “The Handmaid’s Tale,” “Get Shorty,” “Condor,” “Fame,” “American Gladiators,” “Teen Wolf” and “In the Heat of the Night.” Unscripted shows in its portfolio include “The Voice,” “Survivor,” “Shark Tank,” “”The Real Housewives of Beverly Hills” and “The Hills.”

For Amazon, media is a relatively small piece of its gargantuan empire but represents a fast-growing business segment. In 2020, the company spent $11 billion on TV shows, movies and music for Prime services — up 40% from the year prior.

There are so many streaming services buying and selling content libraries we can’t even keep up.

The post Amazon Reportedly in Talks to Acquire MGM for Around $9 Billion appeared first on LOVEBSCOTT. 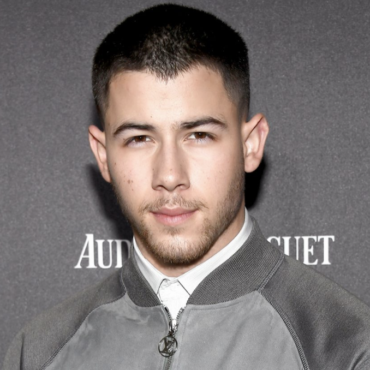 Nick Jonas Says He ‘Cracked a Rib’ from Falling off a Bike: ‘I’ve Been Better’

Nick Jonas is recovering from a bike incident that left him with a cracked rib. via People: The singer, 28, revealed Monday night on The Voice that he’s recovering from injuries he sustained after falling off of a bike recently. “I’m feeling okay,” he said before the Top Nine live performances kicked off. “I’ve been better, but I’m doing all right.” He continued, explaining: “I cracked a rib from a […]