If you’re a fan of “All American”, get excited. A spin-off is reportedly in the works. Deets inside…

Looks like fans of sleeper hit show “All American” can possibly look forward to a spin-off…if the rumors are true.

According to TVLine, the CW is working on a spin-off of the football-theme drama series and its alleged the setting of the spin-off could be a an HBCU. The site reports:

The potential new series — which would be introduced during a regular episode of All American‘s upcoming third season (aka a backdoor spinoff) — would be set at an historically Black university and follow Geffri Maya‘s college-bound Simone Hicks.

The character of Simone was introduced in All American‘s second season. She is entering her senior year at Beverly High and the girlfriend of Jordan Baker (Michael Evans Behling), whom she led to believe was the father of her unborn child. It turned out that the father is a student at Simone’s previous school, Westlake High.

”All American” Season 3 premieres January 18th at 8/7c on the CW. You can catch up via Netflix.

As for the spin-off, would you watch?

Photo: Courtesy of the CW 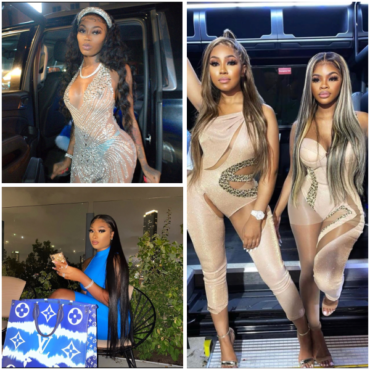 Asian Doll, City Girls TURN UP & Are Ready To Fight After Asian Revealed She Was Taken Off Megan Thee Stallion’s Track

The ladies of rap had Twitter in a frenzy! First, City Girls rapper JT popped off on Asian Doll, causing Asian Doll to respond aggressively while spilling tea on her fellow female rappers, including her (former?) friend Megan Thee Stallion. Get it all inside… The rap ladies have been going at it on social media over the weekend. The reason? Well, it seems like the drama is over a Megan […]