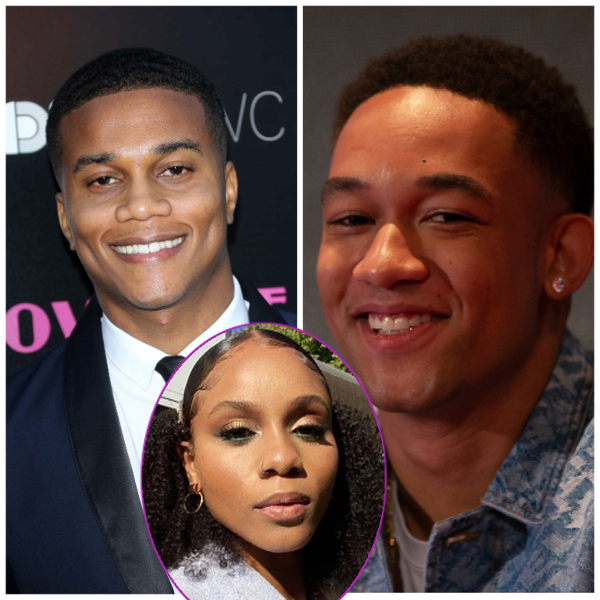 The “All American” spin-off is coming together.

After news that The CW was planning a spin-off headlined by Geffri Maya (reprising her role as Simone Hicks), the cast for the spin-off series is coming together.

”All American: Homecoming” will follow a young tennis hopeful from Beverly Hills and an elite baseball player from Chicago as they contend with the high stakes of college sports, while also navigating the highs, lows and sexiness of unsupervised early adulthood at a prestigious Historically Black College.

The backdoor pilot for the new series will be an episode in the current season of “All American.”

As for those working behind the scenes, “All America” showrunner Nkechi Okoro Carroll wrote the script and will also serve as an executive producer.

Deadline breaks down the plot and the carachters for the spin-off:

According to the network, the spinoff “follows a young tennis hopeful from Beverly Hills and an elite baseball player from Chicago as they contend with the high stakes of college sports, while also navigating the highs, lows and sexiness of unsupervised early adulthood at a prestigious Historically Black College.”

Smith’s Damon Sims is a nationally ranked high school baseball prodigy, Damon is originally from the south side of Chicago, but his family moved to an affluent neighborhood shortly after his Little League team was involved in a controversial national scandal. An experience that had more of a long term effect on him than he realized. Baseball, once his number one love, has now become like a job, in part due to his mother-turned-manager. Hardrict plays Coach Marcus Turner who played baseball at Bringston University and was drafted into pro ball, only to have an injury sideline his career. Now assistant head baseball coach at Bringston, he is tough, blunt, and committed to raising honorable young men.

Jenrette plays Amara Patterson. A successful journalist-turned-journalism professor, Amara is Simone’s aunt and the most popular professor on campus. Despite her success as the youngest full-time professor in Bringston’s history, Dr. Patterson’s unapologetic activism occasionally puts her at odds with her family.

Powell plays Jessie Raymond, Jr. An Atlanta native and varsity baseball player, Jessie became friends with Damon as teen ballplayers on the national scene. Though he is skilled and hard-working, he doesn’t have Damon’s natural gift on the field, and constantly being in his shadow is complicating their friendship.

Walker plays Keisha McCalla. Having grown up on campus with her dad, an administrator at the University, Keisha is the life of the party and the unofficial mayor of Bringston University — knowing everyone and everything, despite only being a freshman. Although Pre-Med, she would pursue her dream of dance instead of medicine if given the choice — much to her father’s dismay.

Hyde plays Thea Mays, a queen-bee sophomore that gives off slight mean girl tendencies. A tennis prodigy, she takes her responsibility for representing the Black community in the sport very seriously. Simone’s arrival at Bringston shakes things up for Thea as her instant dislike of her rival clashes with the bond they share as Black women in Tennis.

“All American” star Karimah Westbrook took some time out to give flowers to the black queens who were trailblazers that allowed her to get where she is now to celebrate Women’s History Month. Read it below (via Shadow & Act):

If people only knew the imprints they make on you. I am forever thankful for many talented Black women in front and behind the camera. From the beginning, when I first started, there were many Black actresses who made an imprint on me. Whoopi Goldberg, Lynn Whitfield, Cicely Tyson, Halle Berry, Robin Givens, Theresa Randle, Regina King, Alfre Woodard, Nia Long… they lit up my TV screen and captured my attention with their talent and beauty, showcasing diverse and sometimes complicated characters. I love how many of them are still working and inspiring through all the work that they do today. Rest in peace to Queen Cicely Tyson.

Today as I watch the undeniable talents of actresses like Viola Davis, Kerry Washington and Taraji P. Henson, I am in awe of the depth, strength and freedom in their work as actors.

As time has gone on, I’ve become exposed to and inspired by even more talented women not only in front of the camera but behind the scenes as well. Women like Issa Rae, Mara Brock Akil, Shonda Rhimes Courtney Kemp, Ava DuVernay, and Nkechi Okoro Carroll. All these women tell really good stories. Their storytelling ability is admirable and keep millions glued to their seats watching it all play out on screen.

There are so many Black women in Hollywood to give flowers to and I feel as though I’ve only scratched the surface with my list. However, I am thankful that all of these women decided to follow their dreams because they have not only entertained and educated us with their work, they have led the way and inspired so many of us to do the same.

Loves it. You can read the rest here.

Are you here for the “All American: Homecoming” spin-off?