Akon’s SUV Gets Stolen After He Left It Running At Atlanta Gas Station, Used An App To Get It Back!

Someone stole Akon’s SUV that he left running at an Atlanta gas station. Get the deets on how he used an app to find the vehicle inside….

We’re not sure why Akon thought it was good idea to leave his car running at a gas station, but he did. And that resulted in his vehicle being stolen.

Apparently, the global superstar was pumping gas at gas station in Atlanta – in the Buckhead neighborhood – when someone stole his SUV.

The crime reportedly happened at the QuikTrip on the 700 block of Sydney Marcus Boulevard shortly after midnight on Tuesday.

“It only takes a second for someone to jump in your vehicle and take off,” the Atlanta Police Department’s Capt. Graham said.

The “Smack That” artist used an app to help police find his vehicle. He used the “Find My iPhone” app to track down the SUV. Police found Akon’s whip in Forest Park, GA – which is about 25 minutes away from where it was stolen.

The high-profile theft comes just a day after an Atlanta City Council member proposed legislation requiring all Atlanta service stations to mount cameras on each of their fuel pumps.

The legislation also requires the immediate availability of a backup camera system.

It would require all service stations throughout the city to install continuous security cameras at each of their fuel pumps.

The Atlanta Police Department is asking anyone with information about the theft to contact them.

Will you be visiting Akon City? pic.twitter.com/pB4sByUelx

The famed artist is in the middle of creating a $6 billion smart city in Senegal. You can read more about it here. 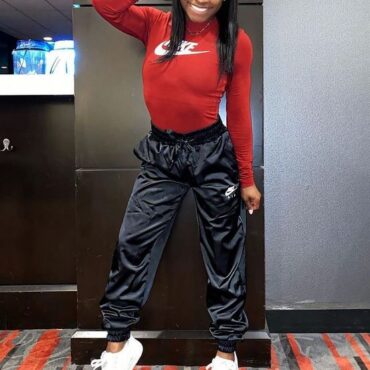 Simone Biles Is Out Here Simone Biles-ING Again With A Never Before Done Double Pike Move. THEY Are Mad But We STAN!

Chile, Simone Biles tore up the gymnasium at the U.S. Classic in Indianapolis over the weekend. The 24-year-old athlete – who is the most decorated American gymnast in history - successfully landed a move no other woman has done in the past solidifying herself to G.O.A.T. status. More inside… Guess who bizzack like she never left! Simone Biles is already the most decorated gymnast in history, but that just isn’t […]