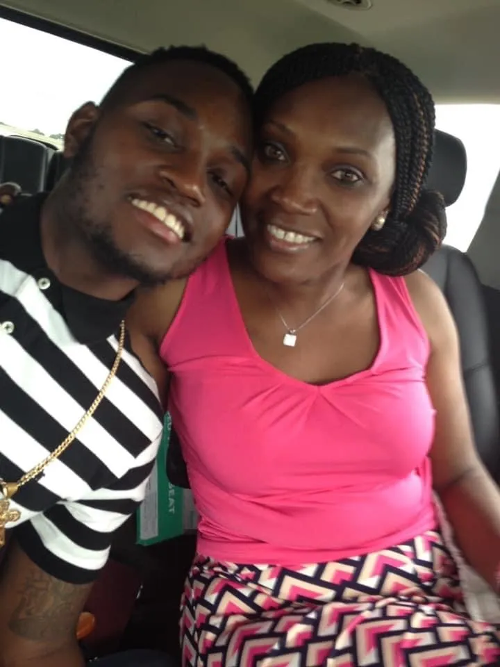 Wanda Cooper-Jones, Ahmaud Arbery’s mother, is making sure her son’s name isn’t forgotten. The grief-stricken mother hosted a vigil on the anniversary of his death, and she got super emotional. However, she’s a fighter. She’s pursuing all avenues of justice on behalf of her son. Details inside…

On February 23, 2020, Wanda Cooper-Jones’ life changed forever. Her 25-year-old son, Ahmaud Arbery, was fatally gunned down in broad daylight while jogging through a neighborhood outside Brunswick in Glynn County, Georgia.

Two white men – Gregory McMichael (a former Glynn County police officer turned District Attorney’s office investigator) and his son, Travis McMichael – chased Ahmaud (an innocent man), cornered him and then shot him dead during a struggle with Travis over his shotgun. A third man, William “Roddie” Bryan, recorded the murder.

Now, his mother is fighting for justice for her son.

On the one-year anniversary of her son’s death, Wanda filed a wrongful death lawsuit in the U.S. District Court for the Southern District of Georgia, alleging that the three white men charged with murder in the death of her son were acting as surrogate police when they took his life.

“Justice for this family looks like going after the system that justified it, that allowed these men (the McMichaels and Bryan) to run free for months, that failed to prosecute properly, that offered racist explanations or why the shooting was justified,” Merritt told ABC News. “That’s George Barnhill, Jackie Johnson, the entire Glynn County PD. Miss Cooper is a fighter, and she’s instructed us to take no stops on the road to justice.”

The lawsuit alleged the father-son duo and their neighbor were “entrusted by local law enforcement to respond to recent trespasses” in the neighborhood of Satilla Shores in Brunswick, Georgia, where Arbery was killed on Feb. 23, 2020.

“These men believed that they had authority to pursue the man on the Construction Lot because they had been deputized by the Glynn County Police Department,” the lawsuit filed by Wanda alleges.

On the day Ahmaud ran through the neighborhood, they automatically assumed he was a burglar and began chasing him down. No arrests were made until almost THREE months after Ahmaud’s death. Footage of Ahmaud made its way online and that really put the spotlight on the case.

More allegations made in the lawsuit below:

The lawsuit contains text messages from Glynn County Police Officer Robert Rush, who is also named as a defendant in the lawsuit, to the owner of the home being constructed that Arbery entered the day he died, directing him to contact Gregory McMichael if his surveillance camera filmed strangers on his property.

The lawsuit alleges that Johnson and Barnhill each delayed arresting the suspect because they each had a personal relationship with Gregory McMichael. Both prosecutors recused themselves from the case.

The father-son duo and the neighbor pleaded not guilty to all charges, which include malice murder, four counts of felony murder, two counts of aggravated assault, false imprisonment and criminal attempt to commit a felony in May 2020. They are expected to stand trial later this year.

Travis McMichael’s lawyer, Robert Rubin, accused Ahmaud’s attorneys of trying to get money out of his client that he doesn’t have.

“Obviously, the plaintiff lawyers are seeking a substantial sum of money from any party they think has deep pockets,” Rubin said. “I don’t expect Travis McMichael will give them the money they are seeking.”

Some choose to fail to understand and I pray for them– because when Wanda lifts her precious little fingers in their direction they are done. She is protected. She will not be disrespected again– Not by anyone. pic.twitter.com/cGZq6MqvGL

This is how it works. Wanda Cooper-Jones lifts her graceful finger & points in the direction of an offense and we respond with the fury of God.

She has been pointing out the abuse she suffered at the hands of the Glynn County legal apparatus. We are currently dismantling it. pic.twitter.com/MihBl7nRIi

Surrounded by family and friends, Wanda celebrated her son’s life and legacy at a vigil held on the one-year anniversary of his death.

Supporters gathered at New Springfield Baptist Church in Waynesboro, which isn’t far from Ahmaud’s resting place. In honor of his life, people wore blue ribbons, face masks, and t-shirts with Ahmaud’s name during the memorial.

As one hymn filled the air, Wanda was overcome with emotion and she painfully cried out that her baby was taken from her. Hurts our hearts! No parent should have to bury their child.

Yesterday was an emotional day for Wanda Cooper Jones and the family of #AhmaudArbery that gathered around his grave and shared their grief with the world.

She wept so loud and so bitterly– I was relieved. It was the first time she has ever let go.https://t.co/vVZry6ucCx

During the memorial, family, friends and elected officials delivered prayers and words of encouragement.

As Wanda continues to fight for her son, she’s also still fighting against people profiting off of her son’s name.

A few months ago, we told you how she called out former friends and associates of Ahmaud’s for fundraisers she didn’t authorize.

Ahmaud’s mother revealed her issue with the 2:23 Foundation, which was founded by Jason Vaughn – a local high school coach who Wanda said did not have a close relationship with Ahmaud when he was alive. Jason’s brother, Arkansas attorney John C. Richards, Jr., is also involved. The foundation got its name from the date Ahmaud was killed, February 23rd. Also, Ahmaud’s best friend – Akeem Baker – is allegedly another person profitting off of Ahmaud’s death.

Back in September, Ahmaud’s mom went on Twitter to announce she is NOT affiliated with The 2:23 Foundation’s “I Run With Maud” Labor Day campaign. In fact, she’s not affiliated with the foundation at all.

I am deeply saddened & grieved that a foundation in Georgia rooted in the image, likeness, life, & death of my son, Ahmaud, was started without my permission or blessing.

I do not approve of their work or their fundraising and have asked that they stop.https://t.co/bpA4i2K9wY

”I am deeply saddened & grieved that a foundation in Georgia rooted in the image, likeness, life, & death of my son, Ahmaud, was started without my permission or blessing,” she tweeted. “I do not approve of their work or their fundraising and have asked that they stop.”

Well, the foundation held another fundraiser on the one-year anniversary of Ahmadu’s death and raised over $226,000 – money Ahmaud’s mother will never see.

The 2:23 Foundation issued a statement in response to the backlash, claiming to have permission from Ahmaud’s father, Marcus Arbery, Sr., to “pursue justice for Ahmaud Arbery.”

Peep their statement below:

Today, we find it almost unbearable to have to release a statement about a tweet that called into question the efficacy…

For Wanda, it’s not about the money – she just wants justice. She said no amount of money can bring her son back. We hope she gets it. 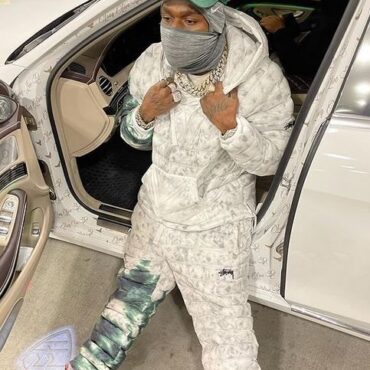 DaBaby is being accused of punching someone…AGAIN. A rental property owner claims the rapper knocked his tooth out when he tried to shut down a music video shoot that wasn’t following COVID-19 protocol. Deets inside…   Rapper DaBaby named his 2020 album Blame It On Baby. And that’s what’s happening. DaBaby has found himself involved in more legal drama after a man made claims the rapper punched him so hard […]