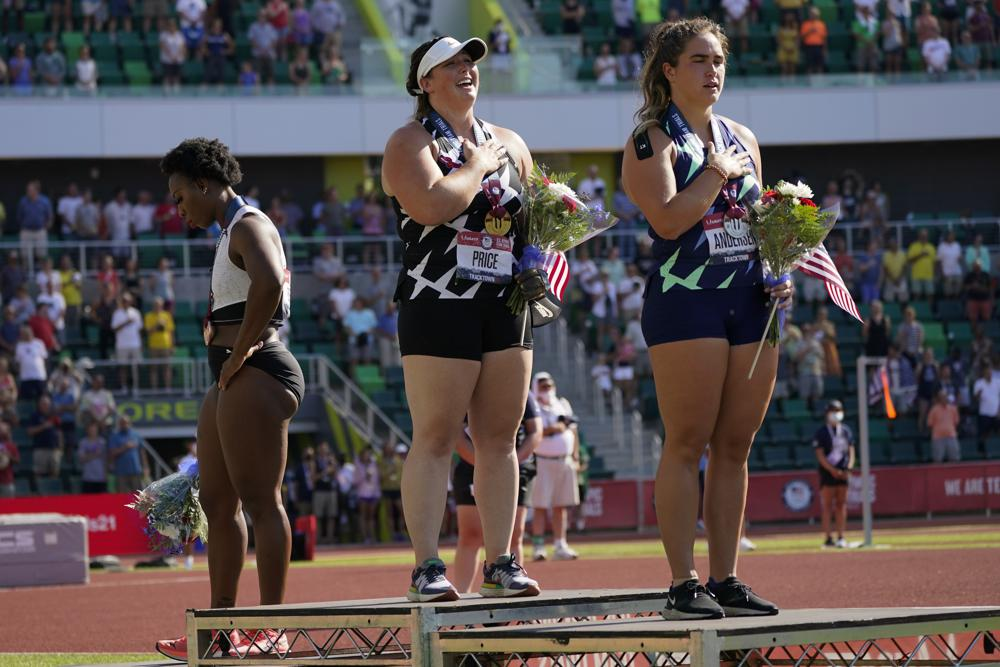 Olympian Gwen Berry turned away from the flag during the national anthem on the medal podium during the Olympic trials over the weekend. She draped a t-shirt over her face because she felt the timing that the “Star Spangled Banner” was played was a “set up.”

“They” are MADT. But, Olympian Gwen Berry doesn’t care.

“I feel like it was set up,” Gwen told The Washington Post. “I feel like they did that on purpose, and I was pissed, to be honest. I was thinking about what should I do. Eventually, I just stayed there and just swayed. I put my shirt over my head. It was real disrespectful. I know they did that on purpose, but it’ll be all right. I see what’s up.”

Stop playing with me pic.twitter.com/WLN3clqOCM

“Stop playing with me,” she tweeted.

Thank you! I never said I hated this country! People try to put words in my mouth but they can’t. That’s why I speak out. I LOVE MY PEOPLE. https://t.co/fbKB5d9H2I

Gwen Berry – who qualified for the Tokyo Olympics – has been responding to the criticism on social media, letting people know she doesn’t HATE America.

“I never said I hated this country!” she said in another tweet. “People try to put words in my mouth but they can’t. That’s why I speak out. I LOVE MY PEOPLE.”

Republicans are pissed. Texas congressman Dan Crenshaw said she should be removed from the team. Senator Ted Cruz tweeted some BS that you can read below:

Why does the Left hate America?

Sure, we have our faults, but no nation in the history of the world has liberated more people from captivity, has lifted more out of poverty, has bled more for freedom, or has blessed more w/ abundance.

What is wrong with people?

Well, they can stay mad because Gwen said she will continue to advocate for racial justice in the U.S.

A reporter asked White House Press secretary Jen Psaki about Gwen’s protest. She said although she hadn’t spoken to President Biden about it specifically, she defended Gwen’s actions:

“It means respecting the rights of people granted to them in the Constitution to peacefully protest” pic.twitter.com/ztADFy83dt

“I know [Biden is] incredibly proud to be an American and has great respect for the anthem and all that it represents, especially for our men and women serving in uniform all around the world,” Psaki said. “He would also say, of course, that part of that pride in our country means recognizing there are moments where we are, as a country, haven’t lived up to our highest ideals. And it means respecting the rights of people granted to them in the Constitution to peacefully protest.”

And that’s that on THAT. 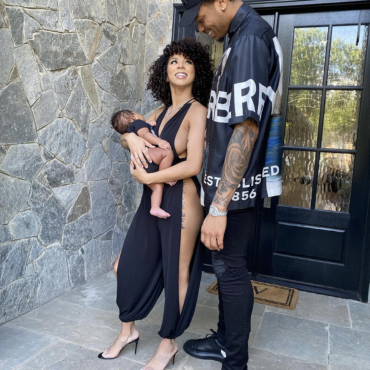 IG model Brittany Renner and her NBA BAE Paul "PJ" Washington Jr. are showing off their baby boy. See their new bundle of joy, plus her snapback inside... Life for IG model Brittany Renner and NBA star Paul "PJ" Washington Jr. is different now. Last month, the couple welcomed their first child together, a baby boy. And they recently posted up new pictures of their growing family on social media. […]