Skye, a Tampa Bay native whose real name was Lauren Scott and who also went by the alias “Kota Sky,” was found by her unnamed husband, and her aunt claimed she came from a family with history of addiction.

“She died almost exactly two years after her mother, my baby sister’s, death which was caused by addiction and alcoholism,” Linda Arden said in an interview with The Sun. “…”Lauren was a product of a highly dysfunctional family involving drugs, alcohol, physical, emotional, verbal and sexual abuse.”

A Los Angeles County Medical Examiner’s Office official told Fox News that Scott’s June 9th death is being investigated and that she was listed as “homeless” during the time of her death. While an autopsy was conducted, officials say the star’s cause of death is pending “further investigation.”

Skye’s death comes weeks after she reportedly posed for a topless photo in front of a George Floyd mural, which Instagram users saw as disrespectful. The photo had since been removed and she explained that she was “celebrating BAD cops being checked with abusing there authority against human beings.”

Skye reportedly started her career in 2013 and appeared in over 300 films. She won Best New Starlet in 2015 at the AVN Awards. 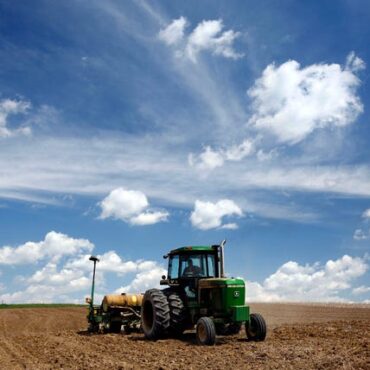 About $4 billion in federal stimulus money designated to forgive loans for Black and minority farmers remains in limbo because white farmers claim that this loan forgiveness program is unconstitutional and discriminatory against them.Read more...