Adam Levine’s Ex-Yoga Instructor: ‘He Treated Me like ‘Used Trash’

“This isn’t about a love affair or a salacious text, it’s about being a decent human being,” Alanna Zabel, the musician’s personal yogi from 2007 to 2010, told the Daily Mail on Thursday.

“Friends don’t treat each other like used trash, and that’s how he treated me.”

Earlier this week, Zabel, 49, publicly accused Levine, 43, of once sending her a message that read, “I want to spend the day with you naked.”

Though she thought the message may have been intended for his girlfriend at the time, Zabel claimed it led to a physical altercation with her then-boyfriend.

At the time, Zabel said she was getting ready to join Maroon 5 on a three-month tour as the band’s yoga instructor, but she claims Levine “ignored” her message about what happened, “never apologized” for sending the “flirtatious text” and “removed” her from the gig.

“I felt that we cared about each other, and he iced me out during a deeply upsetting time,” she claimed to the Mail.

The first Levine accuser, an Instagram model named Sumner Stroh, went viral on Monday after alleging she had an affair with the singer — whose wife, Behati Prinsloo, is pregnant with their third child — as recently as last year.

The 23-year-old claimed Levine came back into her life to ask about naming his forthcoming son after her. Though the “Girls Like You” crooner admitted he “crossed the line,” he denied physically cheating on the Victoria’s Secret Angel, 34.

“When I found out that Adam had asked this influencer if he could name his baby after her, I saw him in a completely different light and decided it was finally time to share this,” Zabel explained of the allegation.

“If I wanted my 15 minutes of fame, I would have gone public with this a very long time ago.”

“It’s simple. Don’t be a jerk,” she said. “Don’t treat women like they are disposable or that their value is solely based on their looks. And for God’s sake, please be a role model for your young girls. Children learn by what they see far more than what they’re told.” 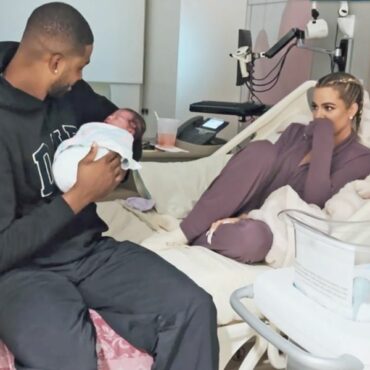 Tristan Thompson Met Son He Shares with Khloé Kardashian in Hospital: ‘He Wants to Be Here’

Despite the seemingly never-ending cheating scandal, Khloé Kardashian found it in her heart to let Tristan Thompson come to the hospital after their child was born via surrogate. via People: On Thursday’s season 2 premiere of Hulu’s The Kardashians, fans saw Khloé’s experience of becoming a mom again. The newborn arrived months after her ex Tristan Thompson’s paternity scandal first surfaced. After seeing her son for the first time, Khloé, […]