Oh, he’s in love love! After officially confirming what we all already knew last month, A$AP Rocky gushes over his girlfriend Rihanna at the premiere of his forthcoming documentary. Find out all he said about the love of his life inside…

It appears A$AP Rocky & Rihanna have found love in a hopeless place.

The Harlem rapper – who considers himself the “prettiest n**** alive” – opened up more about his relationship with Rihanna recently. During a red-carpet interview at the Tribeca Film Festival premiere of his documentary Stockholm Syndrome, the 32-year-old talks about Rihanna’s cameo in his doc and said it was “important having that support in real life, you know?”

Rocky shared how he wanted to explore and share parts of his life and career with his fans, specifically everything that went down during his prison stint in Stockholm. During the summer of 2019, Rocky was arrested and charged with assault in Stockholm, Sweden, after a street brawl with two men. He said he wanted to share the experience without casting himself in a particular light or in a way that would make people feel sorry for him.

“I just wanted to tell my story without really complaining or without, you know, seeming like a victim, or like I wanted a pity party or what not,” he shared. “So, here it is.”

Rumors about a possible romance between Rocky & RiRi had been swirling for a few years before he confirmed they are indeed an item in his GQ June/July 2021 cover story last month.

The “Wild for the Night” rapper gushed to the publication about his romance with the global superstar. He dubbed her the “love of my life” and while we weren’t all the way here for it in the beginning, he’s starting to grow on us.

When asked what it feels like being in a committed relationship, the NYC rapper said, “So much better. So much better when you got ‘the One.’ She amounts to probably, like, a million of the other ones.”

And when a man finds exactly what he wants, he treats her as such. It’s like a music/fashion mash up where two people who are great at both music and fashion come together as one.

As for what’s next for him?

“What’s next for me was what I was doing before I went to prison,” he told ET. “Me and the prettiest muthaf**ker ever, we breaking headlines and making history with creativity.”

In other news, A$AP Rocky just became the latest investor and collaborator in Klarna, a Swedish fintech company valued at $31 billion. Ironic, right?

Sweden-based Klarna is Europe’s biggest privately held fintech company with 4,000 employees and a $31 billion valuation, pumped up by investors like Softbank, General Atlantic and BlackRock. The company has become elephantine in such a short time by offering customers the ability to make purchases and pay later, making money by charging merchants to utilize Klarna’s payment technology. Today Klarna names a new investor: rapper, designer and producer A$AP Rocky.

In addition to the company’s tremendous growth, Rocky was motivated to invest in Klarna from his own experiences growing up in Harlem. He notes the difficulties making payments, especially on student loans with interest, for people from low-income backgrounds. “You’re setting yourself up for financial debt,” he says. “There’s no system that helps us deal with things when it comes to student loans, the IRS, banking or credit.” He describes Klarna as a “layaway plan” at a global scale. 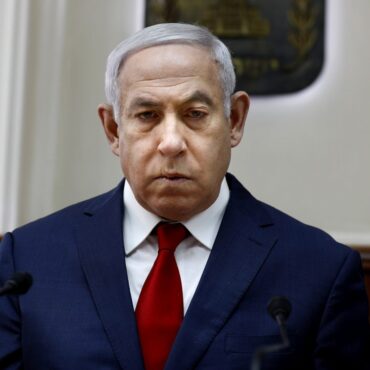 In a 60-59 vote, Naftali Bennett took over as Prime Minister after a two-year cycle of political standstill. What We Know: Benjamin Netanyahu was viewed as a political magician for his ability to remain in office for 12 consecutive years. Recently, he came into critique for his polarizing and autocratic tendencies. He used divide and rule tactics to aggravate rifts in Israeli society such as the ongoing tensions between Jewish […]