A Sad Excuse For A Man Confesses To Murdering Pregnant Ex-Girlfriend Before Killing Ex-Wife & Then Himself, Kids Thankfully Unharmed 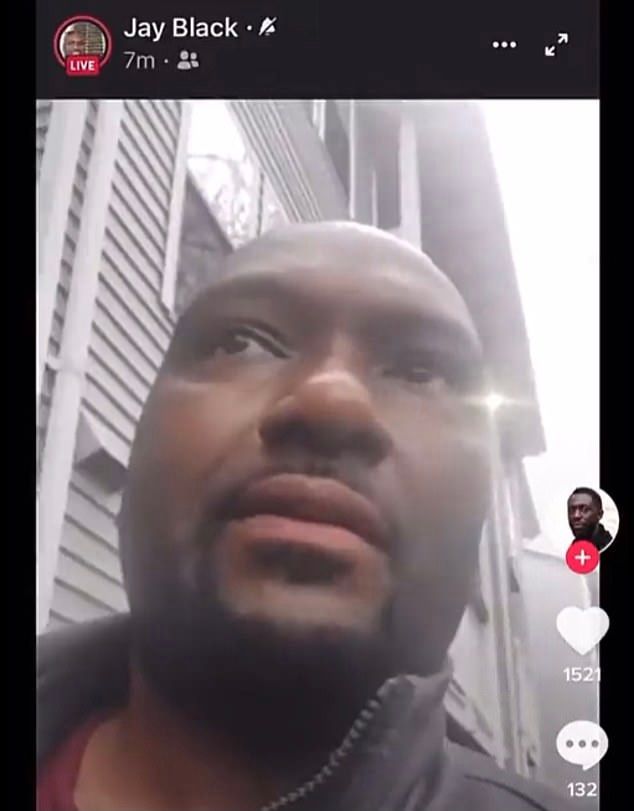 A Baltimore man (if you want to call him that) shared a horrific Facebook Live where he confessed to shooting his pregnant ex-girlfriend in the head. In the video, he said he was going through a custody battle with his ex-wife and that he was going to kill her next…which he did before killing himself.

The former couple’s two kids were in the back of his car when he committed the murders and suicide. Details inside…

We are living in some scary times!

A sad excuse for a man – identified as 44-year-old Rajaee Shareef Black from Maryland – killed his pregnant ex-girlfriend and then went to his ex-wife’s home, killed her before turning the gun on himself Saturday (Dec. 11th).

In a very disturbing video shared on Facebook Live, Rajee – who went by Jay Black on Facebook – described his failed relationship with his 42-year-old ex-wife, Wendy Natalie Black, and his 41-year-old ex-girlfriend, Tara Labang, who was pregnant with their child.

The 44-year-old man – who was a nurse anesthetist – said he was struggling through a three-year custody battle with his ex-wife and that she allegedly accused him of molesting their children (two daughters). 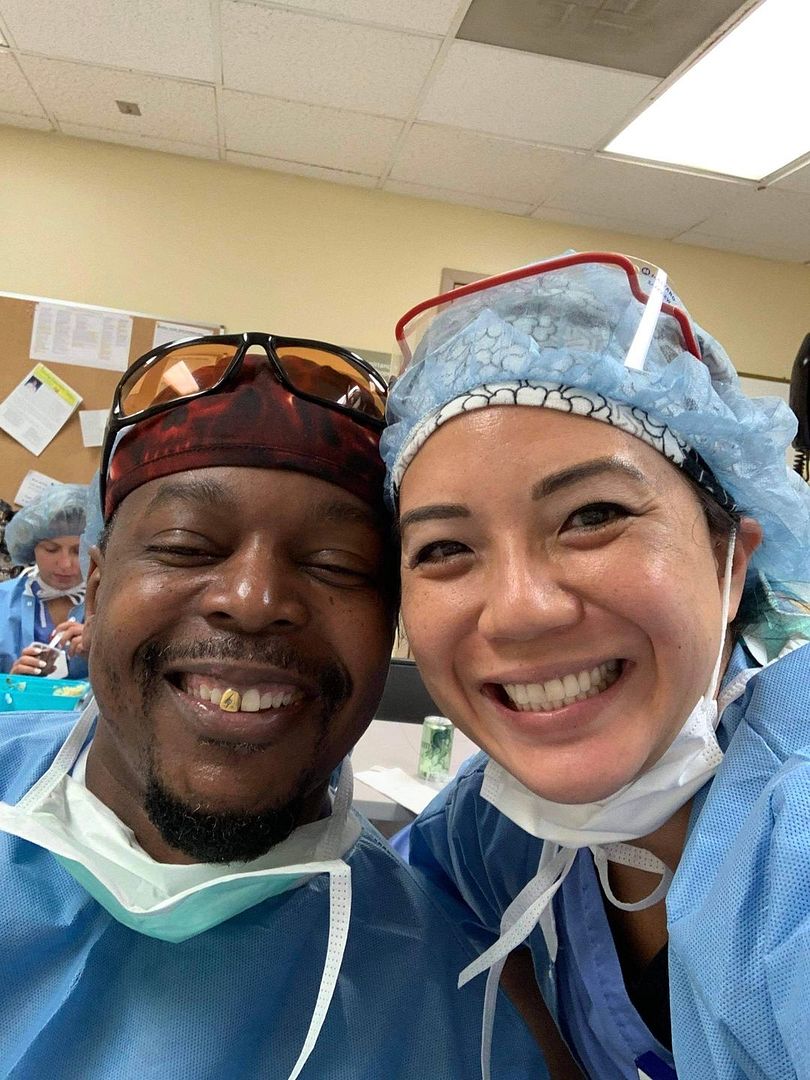 Rajee then confessed on video to shooting his pregnant ex-girlfriend (pictured above alongside a colleague) in the head after an argument during which she told him she would make sure he doesn’t see his child.

“Anyway, I just did something crazy,” he “said in the Facebook Live. “I just shot my ex-girlfriend in the head. Felt like a dream. I never thought I would be that guy. I can’t go to prison, so the person that really started my depression and all of this is my ex-wife. So, she next. Then I’m going to do myself too.”

Right after he said that, his ex-wife, Wendy Black, showed up in the video. He followed her inside of her apartment building and said “Today is the day” before the video cut off and he reportedly carried out the murder.

You can watch the clip below – WARNING! The video may be triggering to some:

Baltimore Man Goes Live After Killing Ex-GF & Before He Kills His Ex-Wife, then himself pic.twitter.com/1DlCIuXk5N

It’s alleged his kids with his ex-wife (two daughters) were in the back of his car when he committed the murders and killed himself. It’s alleged he may have been dropping the kids off.

Howard County Police on Sunday identified two of the three individuals who were killed in an apparent double murder-suicide Saturday that spanned from Federal Hill to Columbia. Early Monday morning, Baltimore Police identified the third person. Police said Rajaee Shareef Black, 44, fatally shot his ex-girlfriend, Tara Labang, 41, inside a home in South Baltimore. He then traveled to Columbia and gunned down his ex-wife, Wendy Natalie Black, 42.

In a Facebook Live video taken between the killings, Black, who is from the 7600 block of Ironworks Way in Hanover, stood outside an apartment building in Columbia’s Kings Contrivance neighborhood where he says he’s upset about custody issues with both women.

Court records show the Blacks have been tangled in a custody battle since July 2018. There have been filings nearly every month throughout the past three years, with the most recent one being filed Tuesday. Both Wendy and Rajaee Black worked as certified registered nurse anesthetists, helping administer the proper doses of anesthesia for surgeries and other procedures such as epidurals.

Rajee was a nurse anesthetist at the U.S. Department of Veterans Affairs and previously worked for the University of Maryland Capital Region Health for about 3 1/2 years. Tara was working at Capital Region Health, according to a statement from hospital spokeswoman Jania Matthews. Wendy Black had worked at Howard County General Hospital as a nurse anesthetist for nearly five years, spokeswoman Sharon Sopp said.

Just…WOW. Women are getting killed by their partners and ex-partners at alarming rates and its SCARY. Our hearts go out to the children who have to go through life without a mom and dad and then eventually have to find out that their father murdered their mother. Just tragic all around.

If you are experiencing domestic violence, call the National Domestic Violence Hotline at 1-800-799-7233, or go to thehotline.org. All calls are toll-free and confidential. 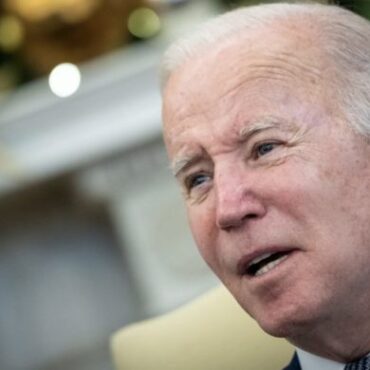 As the coronavirus pandemic forced millions into unemployment and financial uncertainty in March 2020, federal student loan payments were put on pause and interest rates were set at zero. In August, the Biden administration issued one more “final extension” of the federal student loan payment pause to January 31, 2022. But in February 2022, millions of borrowers will have to start repaying their loans once again – many for the […]