Zaya Wade missed school for a chance of a lifetime! She got the chance to interview one of her idols, Forever First Lady Michelle Obama. Find out what advice Mrs. O gave Zaya and other teens inside…

Talk about a conversation of a lifetime!

Zaya Wade is only 13 years old, but she’s already using her platform to represent teens who relate to her way of life.

It’s not everyday you get to hope on a video conference with Forever First Lady Michelle Obama. Well, that happened for Zaya (transdaughter of retired NBA star Dwyane Wade). She was SO nervous during the virtual Q&A. It was cute watching her calm herself down as FLOTUS greeted her when they hopped on the conference call.

Apparently, Zaya had to miss a class or two for the virtual Q&A, but we’re talking Michelle Obama here!

“I hear you’re slotting me in between school, so I feel very special,” FLOTUS joked. “Ask your teacher for forgiveness from me because you’re doing me a favor.”

And the teacher better do that favor. Ha.

After getting more comfortable, Zaya kicked off the Q&A asking FLOTUS for advice that she would give teens “who want to be themselves and thrive like you have and currently are.”

“Well, like you have and currently are,” the “Becoming” author said to Zaya. “I am just so proud of you, you know, being just an amazing role model and embracing your truth.”

The most important gem Mrs. O dropped was to remind teens that they have to “be patient with yourself” when it comes to learning who you are.

Agree. The 57-year-old lawyer then turned it over to Zaya, asking her what advice she would give teens to find themselves. Last year, the then 12-year-old came out as transgender and was met with backlash. Despite the controversy, D. Wade & his wife Gabrielle Union have been 1,000% supportive parents for Zaya.

“We all think that we thrive with people who are just like us, but I think getting a different perspective from someone else who isn’t like you really helps,” Zaya said. “That definitely helped me in becoming me and defining my truth.”

Peep their conversation below:

”So glad I got to talk about Becoming for teens readers with an idol of mine,” Zaya wrote on Instagram. “Make sure you check out @michelleobama new book Becoming! Link in my stories.”

Not only can Zaya handle an interview with a living icon, it appears she has acting talents as well. It doesn’t hurt that actress Gabrielle Union is her step-mother. Watch their Ten Things I Hate About You TikTok below: 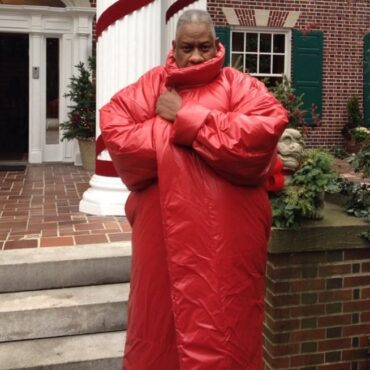 Andre Leon Talley Says ‘Eviction’ GoFundMe Created On His Behalf Is ‘Completely Unnecessary,’ But Thanks Everyone For Their Generosity

The gospel according to fashion titan Andre Leon Talley is that he’s going to handle the eviction of his $1 million home via his lawyers, respectfully. While he appreciates the love, he said the GoFundMe account created on his behalf to raise $500,000 in back rent isn’t necessary. More inside… Fashion titan Andre Leon Talley is speaking out after “eviction” headlines and a GoFundMe account was created on his behalf. […]