A Florida Couple Had The Audacity To Break Into IHOP Heir’s Mansion To Host Their Wedding, And Things Went LEFT 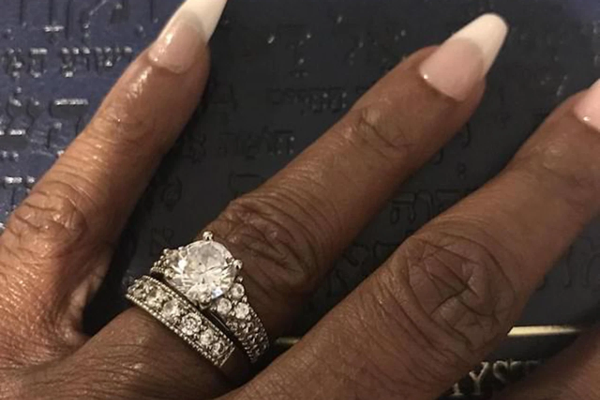 A Florida couple wanting to get married decided they would have their nuptials at a mansion they didn’t own or rent out. But they surely acted like they did.  ON their wedding day, they were greeted by the owner! Details inside…

So many brides include something borrowed in their wedding day, but the “something borrowed” typically isn’t the wedding venue, especially when the property owner already said you aren’t allowed to be there.

A couple from Florida invited guests to their supposed “dream home” for their nuptials. However, they forgot to secure the spot for their wedding ceremony … or they were just bold enough to demand where they would tie the knot.

The couple decided they would take matters into their own hands when it came to having their dream wedding inside of a multimillion-dollar mansion. The problem is they didn’t have permission from the mansion’s owner to have the ceremony. Yikes.

The bride and groom – Courtney Wilson and Shenita Jones – invited guests to join them for a lavish ceremony at the property, claiming it was their home and even had the audacity to rename it “The Wilson’s Estate”.

Oh yes, the couple had everything planned out for their dream wedding inside the mansion. The ceremony was to follow a “red carpet cocktail hour” and a reception that was supposed to continue until 2:30am.

The happy couple – who referred to themselves as the “royal couple” in their online wedding invitation – also invited their guests to return to “our home” (yes, they referred to mansion as their own) the next day for a “wonderful Sunday brunch” that would feature “delicacies from our renowned chef on our resort style pool, while being entertained by the sounds of a live Jazz band.”

Well, that never happened. On the morning of the ceremony, the owner of the mansion was at the home and everything fell apart. He called the police to have the unwanted guests removed.

“I have people trespassing on my property,” Nathan Finkel told a 911 dispatcher. “They keep harassing me, calling me and they say they’re having a wedding here and it’s God’s message,” he continued.

God’s message? They play too much.

The couple posed as buyers of the mansion to trespass their way to marital bliss.

According to the South Florida Sun Sentinel, the couple made plans to say “I Do” at the $5.7 million estate, which sits on 7.2 acres of land in Southwest Ranches, Florida. The property is currently owned by an heir to a lucrative IHOP restaurant franchise, according to the Sun Sentinel.

The estate, which features a 16,313-square-foot nine-bed home, is on the market for $5.7 million after the price was slashed from $7.25 million when it was first put on the market in 2019. It features a movie theater, a bowling alley, 15 bathrooms, a dance studio, a home theater and an 800-square-foot bar.

When police arrived, the people who arrived to set up for the wedding ceremony left, so no criminal charges were filed. It’s unclear if the couple still tied the knot on the same day.

Florida is something else!

NBA baller Sterling Brown could have been killed during an assault outside of the strip club in Miami, according to one of his teammates. Inside are the scary deets about the NBA star getting brutally attacked inside… Houston Rockets guard Sterling Brown found himself in a world of trouble after partying it up at a Miami strip club earlier this week. He was beaten so badly, his teammate believes he could have lost his life. The Rockets jetted to the […]