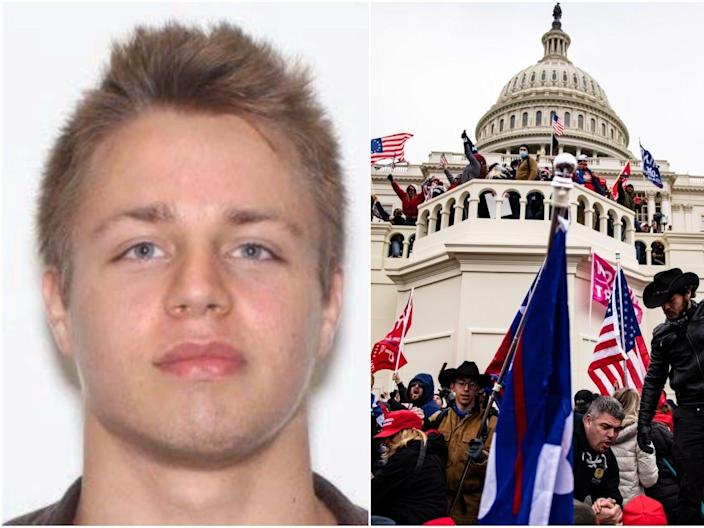 A District of Columbia judge revoked bail for a man accused of storming the Capitol back in January after he allegedly sent “problematic” and sexually explicit voicemails to his probation officer.

Brandon Fellows, from New York, had previously been released on bail while facing a five-count indictment for his alleged role in the January 6 insurrection.

The 27-year-old is accused of breaching the Capitol and entering the office of Sen. Jeffrey Merkley, where he was pictured propping his feet on the senator’s desk while smoking a joint.

Fellows’ probation officer Kendra Rennie testified on Wednesday that he reportedly sent her long rambling voicemails while he was on bail and even called her mother once as a form of “intimidation,” CBS reported.

Some of the messages were sexually explicit in nature, including one specific voicemail that he left in May in which he referenced “the size of his genitalia and the performance of his genitalia,” according to CBS.

“It was intimidation. It was frightening. It made me nervous,” Rennie said, adding that the one phone call also made her mother feel “very uncomfortable,” according to CBS.

Judge Trevor McFadden said during the hearing that Fellows’ repeated behavior could no longer be given the benefit of the doubt.

He also said that the 27-year-old previously demonstrated “sustained contempt” for the government, citing one incident in which Fellows sat through his initial Zoom hearing wearing sweatpants and eating his breakfast.

“I am not convinced that you’re a danger to the community, but I do think you’re impulsive. I do think you’re headstrong, and you’re kind of gonna do what you’re gonna do,” McFadden said, according to CBS. “I tried really hard to avoid having to lock you up, but after months here, I don’t think I can be at all confident that there’s a condition or combination of conditions that you’ll adhere to.”

Prosecutors offered Fellows a plea deal that would recommend a sentence of 15 to 21 months. He has not yet accepted.

The New Yorker apologized for his “annoying” behavior in court on Thursday, adding: “I wouldn’t want to deal with me if I were on the opposing side,” The Hill reported.

He previously told Bloomberg that he had “no regrets” breaching the Capitol on January 6 and that even though many of the rioters that were with him were people he wouldn’t normally get along with, it “felt like family.”

“I didn’t hurt anyone. I didn’t break anything. I did trespass though, I guess,” he said, according to Bloomberg.

“We were there for one common cause, which is making a statement that the government is crashing down on us,” he added.

More than 570 people have so far been charged in connection to the January 6 riot, according to a tracker by Insider.

How much are you willing to bed that everything he said about his d*ck was a lie? Trying to overthrow the United States government is NOT big d*ck behavior!

The post A Capitol Rioter’s Bail Got Revoked After He Left His Probation Officer ‘Frightening’ Voicemails About His D*ck Size appeared first on LOVEBSCOTT. 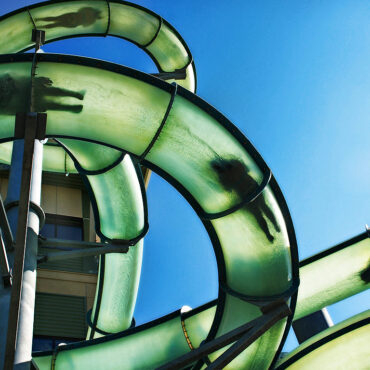 Say What Now? At Least 26 Hospitalized After Chemical Leak at Hurricane Harbor Water Park in Texas

At least 26 people were hospitalized on Saturday after a “chemical incident” at Hurricane Harbor Splashtown in Spring, Texas. via People: According to the Harris County Fire Marshal’s Office, 39 other park-goers refused transport to local area hospitals, bringing the total amount of people exposed to at least 65. The Spring Fire Department initially reported that 29 individuals were going through decontamination on-site thanks to local HAZMAT assistance, but that […]