A grand jury has charged three Georgia men with federal hate crimes and attempted kidnapping in the death of Ahmaud Arbery, a 25-year-old Black man who was shot while jogging last year.

The indictment alleges the defendants used force and threats to intimidate and interfere with Arbery’s right to use a public street because he was Black.

The McMichaels chased Arbery through a suburban neighborhood outside Brunswick, Ga., yelling at him, cutting off his jogging route with their truck and threatening him with guns.

Arbery died during that encounter on Feb. 23, 2020. When a video capturing the confrontation was leaked and posted online that May, sparking widespread outrage, the case investigation sped up.

All three men were later charged in state court. They face state charges including murder, aggravated assault and false imprisonment. A trial date has not yet been set for that case.

Attorneys representing Travis McMichael told NPR in a statement they were upset “that the Justice Department bought the false narrative that the media and state prosecutors have promulgated.”

“There is absolutely nothing in the indictment that identifies how this is a federal hate crime and it ignores without apology that Georgia law allows a citizen to detain a person who was committing burglaries until police arrive,” attorneys Bob Rubin and Jason Sheffield said.

Bryan’s attorney, Kevin Gough, told NPR that he is disappointed with the Justice Department’s decision to pursue federal charges.

“Roddie Bryan has committed no crime,” Gough said in a statement. “We look forward to a fair and speedy trial, and to the day when Mr. Bryan is released and reunited with his family.”

Lock them ALL up — for the rest of their lives. 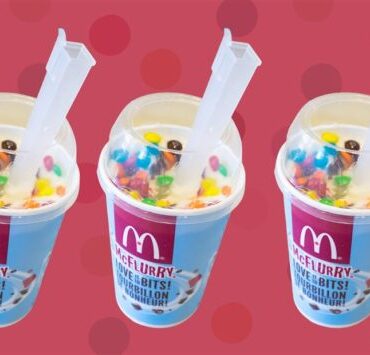 After All This Time? McDonald’s Is Giving Out Free McFlurries to Apologize for Their Confusing Straw-Like Spoon

It’s well-known, and has been for years, that the McDonald’s McFlurry spoon is NOT a straw — despite the fact that it kinda looks like it should function like one. Now, after all the time, McDonald’s is apologizing for the spoon’s confusing design. To apologize, the company has decided to give away the new Caramel Brownie McFlurry for a limited time. via People: “While we can’t change the iconic hollow […]