2021 Mother’s Day Posts That Have Us In Our Feelings

Love is all in the air as we celebrate the important woman in our lives! Celebs posted up some heartfelt Mother’s Day tributes that has us all in our feels. Get into the 2021 Mother’s Day love (and drama) inside…

Happy Mother’s Day to all of our YBF mothers (OGs, new & expecting) out there!

In honor of the celebration of motherhood, we’ve rounded up a few Mother’s Day tributes that has us all in our feels. While we know Mother’s Day should be celebrated everyday due to the sacrifices women make to ensure their children are well taken care of, it’s nice to dedicate one day to the strong moms out there making it happen.

Singer/reality star Tamar Braxton took to Instagram to post an emotional Mother’s Day tribute dedicated to her mother, Evelyn Braxton. She talked about how she didn’t want to be a mother previously because she didn’t think she could do as great of a job as her own mother.

”I never knew I wanted to be a mother because the truth is I never thought I could do it remotely as good as you. how do you live up to the nurturing, kind, smart, honest wonderful, amazing mother that you are and grew up with?,” she asked.

”To me, You are perfection,” she continued. “You are the wind beneath my wings and I am honored to celebrate you on today and every day the best gift you have given me is showing me the blue print in how you did it so I can be the same way to beans. I’m so grateful that he knows how amazing you are and loves you like I do #happymothersdaymommie #happymothersday”

While it was all love vibes on her IG timeline, Tamar was poppin’ off about not having her Mother’s Day demands met and seemingly hinted that her ex-husband Vincent Herbert didn’t wish her a Happy Mother’s Day.

Peep her posts below:

So, who is the somebody because….nevermind.

NBA commentator and former player Jalen Rose broke down in tears while reflecting on his mother’s legacy. In February, Jalen lost his mother, Jeanne, to lung cancer. She was 79. His grandmother, Mary Belle Hicks, died last September at age 103.

“This is the first time in my life that I didn’t have my mother or grandmother on Mother’s Day,” Jalen said as he fought back tears. His co-host Maria Taylor stood up and comforted him while he talked about his mother and grandmother.

LOVE AND MISS YOU MA!!! https://t.co/yBmiuX9kqD

As we all know, she eventually took the job and she said it was the best thing she could have done.

“But my sister eventually convinced me to take the part and I’m glad I did because it helped me realize how fulfilling it is to mentor younger women,” she continued.

”Love & Hip Hop” star Bianca Bonnie took to social media to air out her frustrations about being a new mother on Mother’s Day. Instead of gifts, she received court papers from her son’s father, Chozus Dote.

”Instead of wishing me a Happy Mother’s Day or Sending me a Gift for taking such amazing care of my son I got sent court papers to ruin my Mother’s Day as if I was ever allowed to heal from my PostPartum Depression,” she tweeted. “I’m so Glad I have the people I have around me or I would snap.”

On the flip side, rapper Lil Baby’s ex-girlfriend Jayda Cheaves had an amazing Mother’s Day, which led fans to believe she’s BACK with her son’s father. Get into her luxe Mother’s Day gifts below:

Below are a few more Mother’s Day tributes posted by your faves: 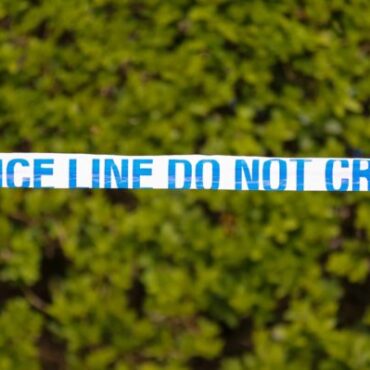 Gunman Kills 6, Then Himself at Colorado Birthday Party

Six people were killed in a shooting early Sunday morning during a birthday party at a Colorado Springs, Colorado, mobile home, according to police. via: Complex Authorities said the incident occurred shortly after midnight when the unidentified gunman, who is believed to be the boyfriend of a female victim, walked into a party attended by family, friends, and children in a mobile home park in Colorado Springs and started firing […]