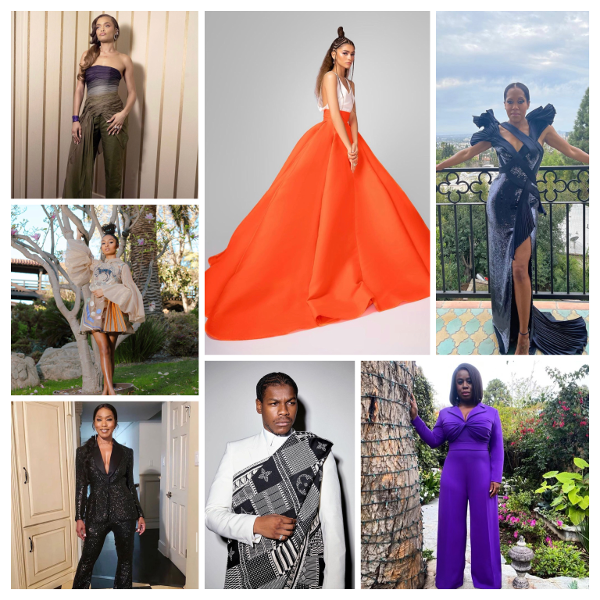 Several of your YBF faves scooped up awards at the 2021 Critics’ Choice Awards! Celebrate with the winning circle, plus see the virtual awards show fashions inside…

You may have missed the 26th annual Critics’ Choice Awards last night as Meghan & Prince Harry’s Oprah interview aired, and the 2021 NBA All-Star Game went down. No worries. We’ve got you covered on who took home awards.

Unlike the Golden Globes, the Critics’ Choice Awards have a more inclusive voting body, which proves to be true based on the winners.

This year’s awards ceremony aired live on The CW from Barker Hangar in Santa Monica – hosted by Taye Diggs – with most celebs popping in virtually due to the COVID-19 pandemic. But that didn’t hinder the fashions that made their way to the “virtual” carpet.

Zendaya was a showstopper in a gorgeous gown from Valentino Haute Couture’s spring/summer 2021 collection that featured an ivory silk crêpe top and orange scuba bottom taffeta skirt detailed with silk and organza along with BVLGARI jewelry, styled by her longtime stylist Law Roach.

Oh yes, there were outfit changes as well.

For her second look, the “Euphoria” star rocked a black sequin gown from Valentino’s pre-fall 2021 2021 Prêt-à-Porter collection and BVLGARI high jewelry diamond earrings. The Malcolm & Marie star wore the black gown to accept her special SeeHer award – a special acknowledgment to a female actress for a groundbreaking role – during the ceremony, presented by her co-star John David Washington.

“I would absolutely not be here if it weren’t for the incredible women that have paved the way for me to be here,” said Zandaya. “So also, I’m extremely grateful for those women. This is very, very special. Thank you so, so much, and — not to overuse the word, but — I am incredibly grateful for this moment.”

Peep her acceptance speech below:

Actor John Boyega served up style and high-fashion in Louis Vuitton threads. The Star Wars actor won the award for Best Actor in a Limited Series or Movie Made for Television for his role in Amazon Studios’ “Small Axe.” It’s the actor’s first Critics’ Choice Award.

As for another YBF winner…

Our girl Uzo Aduba – who looked like black royalty in custom Christian Siriano – took home the award for Best Supporting Actress in a Movie for Television or Limited Series for her role as politician Shirley Chisholm in FX’s “Mrs. America” series.

British hottie Daniel Kaluuya won the award for Best Supporting Actor for his role as the late Black Panther Party Chairman Fred Hampton in Judas and the Black Messiah. Peep his acceptance speech above.

The late Chadwick Boseman received the award for Best Actor for his role in Netflix’s Ma Rainey’s Black Bottom. Chadwick’s widow, Simone Ledward Boseman, accepted the award on his behalf. Watch her touching speech above.

Congrats to the winners!

Now, for some of the fashions from Regina King, Andra Day, Angela Bassett, Yara Shahidi, Aldis Hodge and more:

Want more? Swipe through our gallery below to peep how celebs “popped up” at the 2021 Critics’ Choice Awards virtual ceremony! 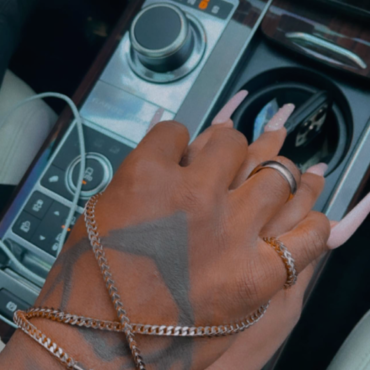 Chile, what is Tyrese up to?! Well, plenty. The singer-turned-actor just made it “Instagram Official” with his new model BAE, Zelie Timothy. However, two weeks ago he was typing up long captions on Instagram about how he wishes his estranged wife, Samantha Lee Gibson, would forgive him. Hmph. More inside… As you all know, Atlanta was PACKED with people partying it up (maskless) during the 2021 NBA All-Star Weekend amid […]