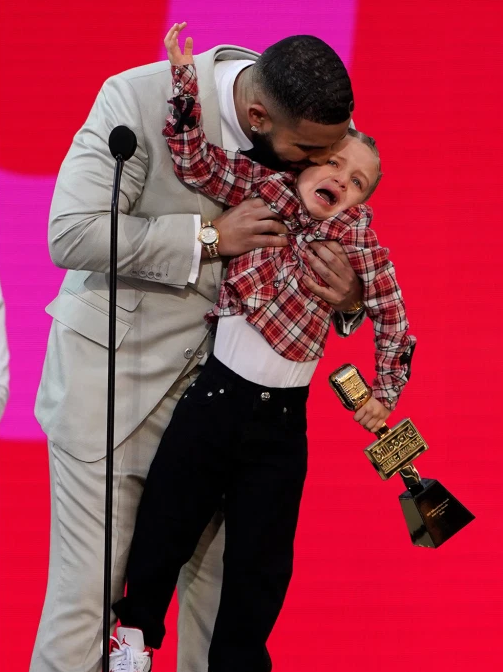 Drake was named Artist of the Decade at the Billboard Music Awards last night. And he brought out a special guest: his 3-year-old son Adonis. Watch the toddler cut up on stage inside…

Drake made it a family affair as he solidified himself as a Hip Hop legend during the 2021 Billboard Music Awards!

Last night, the Young Money rapper – decked out in a Tom Ford suit – received the prestigious Artist of the Decade Award at the 2021 BBMAs. He holds the title for most Billboard Music Awards with 27, setting the mark after taking home 12 awards in 2019. 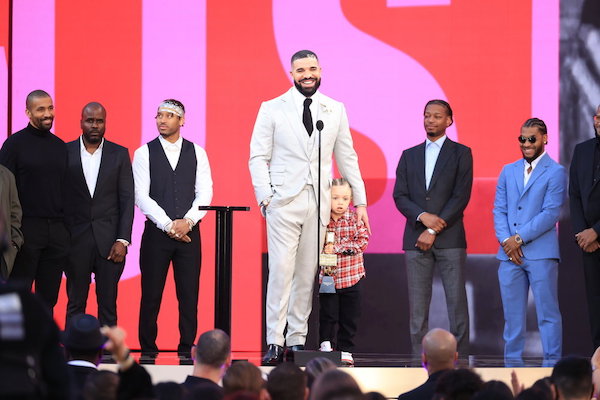 Billboard’s Artists of the Decade category ranks the best-performing artists based on activity on the Billboard Hot 100 songs chart and the Billboard 200 albums tally, as well as social media data and touring revenue from Billboard Boxscore, from Dec. 5, 2009, through Sept. 28, 2019.

To accept the honor, Drizzy brought his 3-year-old son, Adonis, on stage with him to celebrate the monumental moment. It was a rare appearance as Drizzy doesn’t often share pictures of little Adonis. The Canadian rapper welcomed Adonis with French artist Sophie Brussaux in October 2017.

“You wanna hold it?,” Drizzy asked his son – who rocked cornrows for his TV debut – as he handed him the statue.

“The truth is, I’m really bad at taking compliments,” said the SCORPION rapper. “I’m really self-conscious about my music, and even if I do a good job I always wonder how I coulda done it better. I rarely celebrate anything.”

“To my beautiful family,” he continued as Adonis tried to walk away. Daddy Drizzy picked Adonis up and continued his speech,”To you! I wanna dedicate this award to you.”

Needless to say, Adonis wasn’t feeling all of the extra attention. Watch him cut up below:

Swipe through our 2021 Billboard Music Awards gallery to see what your faves rocked on the red carpet below! 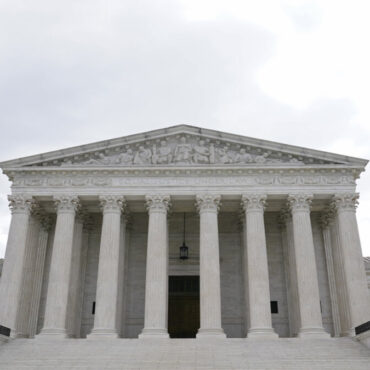 Supreme Court Rejects Plea from Man to Be Executed, Request Came From Fear of Excruciating Death from Pre-Existing Brain Surgery

The three liberal justices in the Supreme Court critiqued the court’s other six-member conservative majority who refused to hear an appeal by a brain-damaged death row inmate. What We Know: Convicted killer Ernest Johnson is on death row and put on a request to be executed by a firing squad. Johnson told the court that death by lethal injection would be so painful it would violate the Constitution’s ban on […]